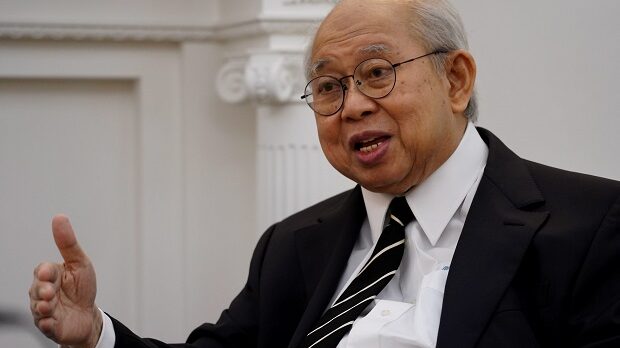 Celebrate the return of the PJ Old Town’s ‘char kway teow’ with a dollop of added cockles on top of fried noodles with prawns, egg, Chinese chives and crunchy bean sprouts.

PETALING JAYA — I have a fated love affair with char kway teow. While I love the taste of it, I just don’t like eating versions that are totally not worth the calories.

Hence I was incredibly happy to hear the news that PJ Old Town’s char kway teow Is back in business. I used to patronise their morning stall opposite the PJ Old Town wet market.

They also used to operate at night at Restoran Soon Lee.

Behind that plate of fried noodles, you have more than 40 years of experience. It seems 70-year old How Twah Beng has been frying since he was 26.

At this stall, his wife Madam Wong has taken over the wok. She has been trained for many years by her husband so the taste is roughly the same. Moreover, they still use their own special mix of soy sauce to flavour the noodles.

According to Madam Wong, How has to take things easier since his health has deteriorated with surgery. With old age, his eyesight is also not the best so they prefer to not operate at night.

You can find him still helping out at the stall as he preps the ingredients for the fried noodles.

The location of this coffee shop at Taman Petaling Utama is ideal since it’s a short distance from their home.

If you have a chance to observe how she fries the noodles, it’s interesting to see how she holds the metal spatula almost to the edge, with a hot wok underneath, just like how her husband used to fry.

Here the noodles have a distinct soy sauce taste with slightly chewy rice noodles with wok hei. It’s also nice to have that old fashioned taste where you won’t find fish cake slices or even waxed meat.

You can ask for the lap cheong if you like but I prefer it just with prawns, cockles, bean sprouts and Chinese chives. There’s also a fluffy egg fried with your noodles. For added protein, you can also add a pan fried egg for RM1.50.

As they follow the older style, I asked for additional cockles (RM3) to be placed on top of the just fried noodles. I grew up eating my plate of char kway teow this way. You lightly “cook” the raw cockles with residual heat by heaping the hot noodles on top of them. This helps prevent rubbery cockles in your char kway teow.

Expect to fork out RM7 for a small portion of the char kway teow while the big portion is priced at RM8.