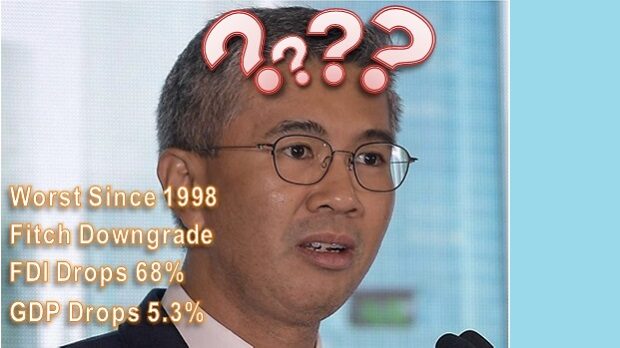 Corporate figure-turned-politician Tengku Zafrul Abdul Aziz is speculated to have set his sights on a state seat in Selangor.

A source close to Umno told Malaysiakini the international trade and industry minister might be contesting in a constituency under the Kota Raja parliamentary seat, where the incumbent is Amanah president Mohamad Sabu.

“There have been discussions to bring Zafrul (above) into one of the state constituencies under Kota Raja.

“Zafrul has also changed his Umno membership to the Kota Raja division last month. But the top level (party leadership) will decide which seat he will contest,” he added on condition of anonymity.

There are three state constituencies under Kota Raja – Sentosa, Sungai Kandis and Kota Kemuning. All three seats are under Pakatan Harapan.

Another source told Malaysiakini that the former finance minister has been shortlisted for either the Sungai Kandis or Kota Kemuning seat.

The incumbent for Sungai Kandis is PKR’s Mohd Zawawi Ahmad Mughni whereas DAP’s V Ganabatirau, who is also Klang MP, is the incumbent in Kota Kemuning.

“Sungai Kandis has been traditionally contested by Umno…

“There must be discussions among the top leadership for Harapan to step aside for Umno in the coming state election,” he added.

Malaysiakini has been unable to obtain Zafrul’s comment despite contacting him several times since last week.

Following this, he was reappointed as a senator. In March 2020, he was made a senator and finance minister in former premier and Perikatan Nasional chairperson Muhyiddin Yassin’s cabinet.

His second term as senator will expire in 2025.

When contacted, Kota Raja Umno chief Kamaruzzaman Johari confirmed that Zafrul is a member of his division.

“I can confirm he is a member of Kota Raja Umno and has been appointed as a division committee member.

“However, I cannot comment if Zafrul will contest in one of the state seats. That is for the leadership to decide,” he added.