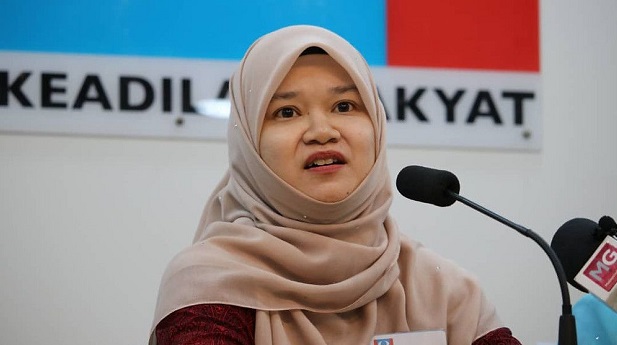 PETALING JAYA: Education minister Fadhlina Sidek says it is up to the Johor education department to take action against a school for allegedly offering an overnight examination workshop for Muslim students.

She told FMT the matter was under the purview of the state education department.

Fadhlina was responding to a Twitter thread that claimed a school in Johor Bahru held an overnight Sijil Pelajaran Malaysia (SPM) examination workshop, announcing that it was only for Muslim students as the workshop would be focusing on Islamic studies.

Twitter user @sangria200 alleged that the workshop covered subjects such as chemistry and additional mathematics, and that non-Muslim students were not even informed of it.

The user said that when parents raised the matter in the school’s parent-teacher association (PTA) WhatsApp group, the principal promptly shut down the conversation, only allowing admin messages in the group and enabling the chat’s setting for disappearing messages.

It is understood that the PTA has sent its queries to the principal and is awaiting a response.

When contacted, the Johor education department said it had investigated the matter and will release a statement soon.

FMT has also contacted the school for comment.  FMT