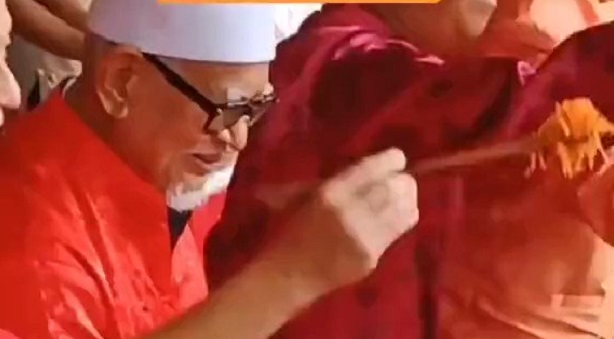 In the spirit of Chinese New Year, PAS president Abdul Hadi Awang shared how the Chinese community has been a close part of his life since childhood.

Taking to Facebook, he described his connection with the Chinese community including family ties.

“During the Second World War, there were many refugees from China who came to the East Coast. My grandfather gave refuge to a non-Muslim Chinese refugee and hid the person in his garden when he was the then village chief.

“Coincidentally, one of my in-laws is Chinese, this shows our family relationship with the Chinese community is not something new,” he wrote.

After the Chinese New Year celebration in Kuala Lumpur with Perikatan Nasional and Gerakan leaders yesterday, Hadi said he rushed home to Kampung Rusila, Terengganu, to partake in the celebration with his children and in-laws.

Hadi also shared a few photos of him and his family clad in red as part of the festivities. The Marang MP advised that the Chinese New Year celebration can be a platform to strengthen ties among the people and unity among the multi-ethnic groups in the country.