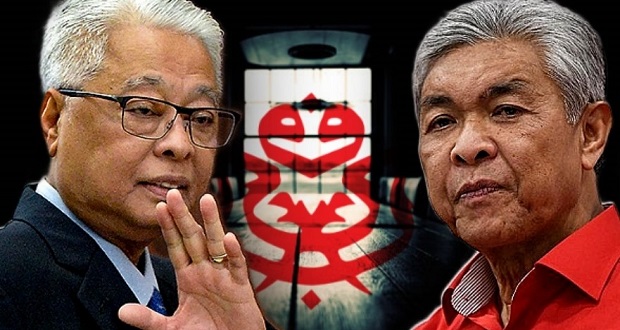 BAGAN DATUK: Umno will let the Registrar of Societies (ROS) clear the air over the decision made at the party’s general assembly that the president and deputy president posts will not to be contested, says Datuk Seri Dr Ahmad Zahid Hamidi.

The Umno president said he was aware of complaints lodged by some members over the decision, adding that the party would not hinder such moves.

“We leave it to the ROS. As for any speculation by those who are not satisfied [with the decision], perhaps the ROS can clear things up.“What is important is the decision reflected the spirit of unity in the party. This spirit will continue in the upcoming branch division elections,” he told reporters after visiting the construction site of the Bagan Datuk bridge here yesterday. 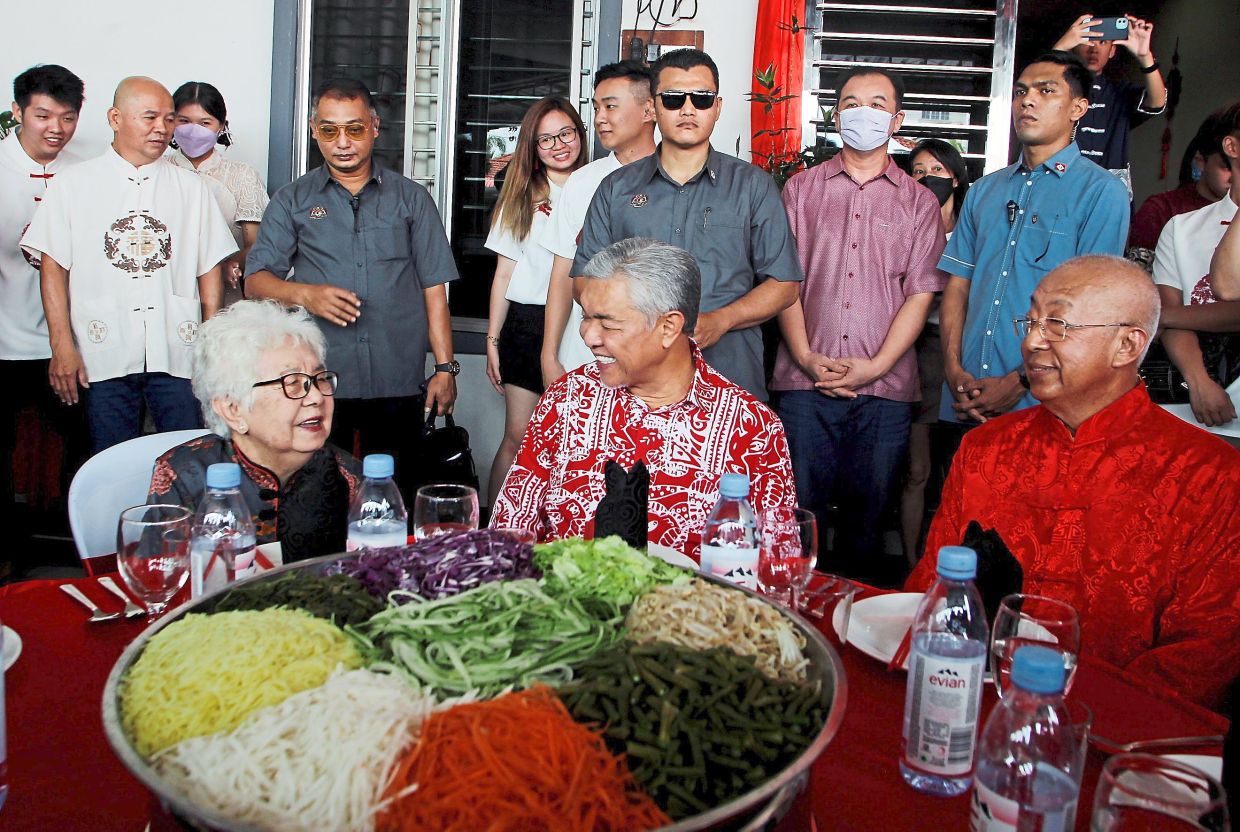 Umno vice-president Datuk Seri Ismail Sabri Yaakob had also said that the matter should be left to the ROS to decide, and added that party members have the right to bring up the issue.

“They have the locus standi to protect their interests in Umno. When there are problems related to registration or the legitimacy of a meeting or any other issue, our last reference is the ROS.

“All members have the right and no one can stop them from going to the ROS. It is up to the ROS to make a decision,” the former prime minister said when met at the MCA open house at Wisma MCA on Sunday.

Umno secretary-general Datuk Seri Ahmad Maslan has said he will meet with the ROS to explain the legality of the voting process during the Umno annual general assembly.

The decision not to contest the two top posts means that Ahmad Zahid and Datuk Seri Mohamad Hasan will remain as Umno president and deputy president respectively for another term.

Party polls have to be held before May 19, six months after the conclusion of the 15th General Election last November.

Ahmad Zahid said the party had followed all rules and processes.

“Under the Society Act 1996, the ROS must be informed of any motion filed by a party registered with the ROS.

“In my opinion, it’s not to get the ROS’ approval but rather to inform them. We have followed the procedure accordingly.

“Therefore, we hope the ROS will accept the decision made by the general assembly,” he said.

Separately, Ahmad Zahid said the bridge connecting the West Coast Expressway with Pasir Salak, Bagan Datuk and Manjung is scheduled to be completed a few days before Hari Raya Aidilfitri in mid-April.

“Road users may able to use the bridge by April 20.

“The bridge is now 97% complete and the contractor is currently working on the elevated road connecting the bridge,” he said.  ANN

PUTRAJAYA: A report has been lodged with the Registrar of Societies over a possible violation of the Umno constitution regarding the no-contest motion for the top two party positions.

The report was lodged by Muhammad Aizat Fikri Mohd Nasir, a party member from Terengganu, who claimed that the motion, which was adopted at the Umno general assembly last week, had contravened party regulations.

For one, he said that Clause 9.3 of the Umno constitution stated that the positions of president and deputy president must be elected at the division meetings every three years.

“This is to ensure democracy is alive and well in Umno,” he said.

Aizat Fikri also said the no-contest move was an additional motion raised at the assembly, and according to party rules, a notice of 14 days must be given before a motion can be tabled.

“But delegates did not receive a notice that this motion would be raised at the assembly,” he told reporters yesterday after handing over to ROS a notice to object to the general assembly’s decision.

Asked whether he might face disciplinary action for doing this, Aizat Fikri said he would leave it to the Umno leadership to decide.

“If we fight the right cause, God willing, there will be no problem,” he added.

A similar complaint was lodged by a Negri Sembilan Umno member, Muhammad Fiqri Firdaus Muhammad Rom, who said he was not directed to lodge the complaint but was doing so to exercise his rights as a party member.

The notice was handed over to RoS director-general Mohd Nawardi Saad.

Datuk Seri Dr Ahmad Zahid Hamidi, the president of Umno, and Datuk Seri Ahmad Maslan, the secretary-general of the party, were not available for comment.

At the Umno general assembly last week, delegates agreed to a motion for the top two party posts not to be contested in the coming party polls.

This means Ahmad Zahid and Datuk Seri Mohamad Hasan will remain as Umno president and deputy president, respectively, for another term.

Party polls are to be held before May 19, six months after the conclusion of the 15th General Election.  ANN