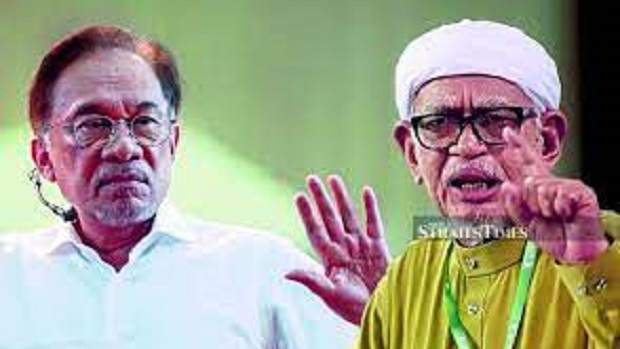 PETALING JAYA: PKR needs to join forces with Umno if it wants to solidify its presence in Kelantan and Terengganu in the next five years, a political analyst said.

In the past, the fight for the Malay vote in the East Coast has always been between PAS and Umno.

“The two parties are always at the forefront at championing the Malay cause. PKR couldn’t do this because they never really had a base in Kelantan,” he told FMT.

Awang Azman stressed that it’s important for PKR and Umno to leverage on their current alliance in the federal government in the state assembly elections due this year and iron out seat allocations.

“Their short-term plan (state polls) will influence the long-term plan.” he said.

Recently, PKR deputy president Rafizi Ramli said the party will implement a five-year plan beginning March 1 to strengthen the party and its machinery in Kelantan and Terengganu.

“The council should include scholars to rival the PAS ulama council by showing that Islam under Anwar’s leadership is progressive and moderate, not something that is exploited for political advantage,” he said.

Sivamurugan Pandian of Universiti Sains Malaysia said PKR must identify what makes PAS strong in those states even as he theorised that the Islamic party’s strength came from its machinery.

“Perhaps it has a vast network of preachers supporting them, as well as regular (political) activities at mosques, suraus and pondok schools?

“Its machinery and movement are so efficient that it managed to break the PKR and BN’s strongholds in the November election and won first-time voters and bench sitters.”

PKR should also take into account the demographic to ensure it draws the interest of the voters there.

“There are views that the development in the east coast states is not as rapid as in other states but is this what the majority of the locals there care for?” he said while noting that PAS’ presence on social media is also strong.  FMT

PAS controls Kedah, Kelantan and Terengganu and party president Abdul Hadi Awang has said the party would decide on its own when it was best to hold state elections and “it was up to Pakatan Harapan (PH) to follow us”.

PH controls Negeri Sembilan, Selangor and Penang and coalition leaders are said to be looking at dissolving their state assemblies in May or June.

Anwar, who is PH chairman, said he had not held any official discussions with Barisan Nasional (BN) on seat allocations. “But I am not stopping the state party leaders from holding talks.”