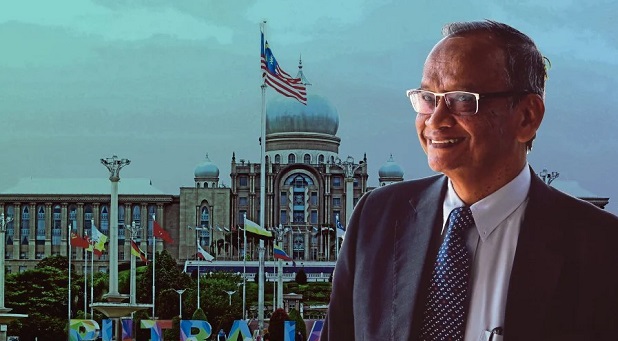 The problem with civil service “leakages” has always been the same old, same old: corruption, corruption and corruption. It’s depressing when Ambrin cited the misappropriations as “beyond cited figures”, meaning that for every ringgit misspent, thousands or millions vanished.

Fines are easily settled, kickbacks accrued are in a larger percentage, so fines are accepted as the cost of doing business. Transfers are counter-productive.

If one department can be manipulated, the racket can be replicated in another. Wage cuts are immaterial when the illicit gains are spent on luxurious goods and travel and the slashed monthly salaries are a “pittance”.
Ambrin conceded this much: There is no fear of punishment. Such an understatement. No wonder the paltry punishments flopped.

In fact, the crooks are happy that the government metes out these “very relaxed” disciplinary actions.

So, what to do with insubordination to recommendations in the AG’s report? Actually, this is the easy part.

First, assume that every non-response has elements of shadiness and then let the Malaysian Anti-Corruption Commission and police loose on the jobbery. Any malfeasance, from top-ranking civil servants to lowly clerks, is subjected to official inquiries.

Once grounds are established, sack and then indict them. That’ll teach these pilferers. However, the not-so-easy part is the lethargy in acting ruthlessly against transgressors and exercising political will to counter political intervention precipitating the skimming in the first place.

For as long as the prime minister and the chief secretary to the government treat purloiners with kid gloves, the crooked politician-civil servant conspiracy will continue to suck in unwarrantedly huge budgetary allocations.

But as we have stated before, no punishment injects the fear factor, even after an ex-prime minister was convicted and jailed for filching billions in sovereign funds.

Thievery is the opioid of the corrupt. It’s not even a wake-up call. Yes, there are strict regulations empowering the auditor general to scrutinise problems raised in reports against federal and state government programmes and projects.

But again, see the abovementioned “getaway clauses”. If there’s a lesson to be learnt from these massive losses, it is this: the government has to end profit-making ventures and issuing lucrative contracts.

They and GLCs have fared very poorly. Find a more transparently clean way. Otherwise, the bent, the venal and the profiteers will cheer on this government malaise.