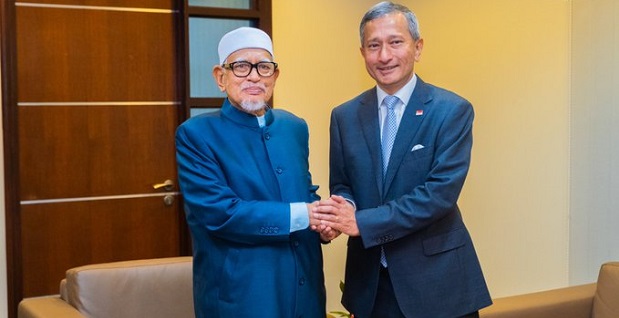 HSR not on agenda of Singapore minister’s visit to Malaysia

“No, we did not discuss that. We focused on the RTS – the Rapid Transit System that will connect Johor to Singapore,” Balakrishnan responded when asked by Singapore media on whether the revival of the HSR was discussed during his January 15 visit.

The full transcript of the minister’s Doorstop Interview at the conclusion of his official visit to Malaysia was made available on the Ministry of Foreign Affairs’ website today.

“The RTS project will be a significant boost for the people and workers on both sides of the Straits of Johor. It will provide for 10,000 passengers every hour.

“Based on my discussions with the ministers in Malaysia, they have assured me they are going all out to ensure that we can meet the deadline of it being completed by the end of 2026, so that is something to look forward to,” he said.

As for other projects, Balakrishnan said Singapore will wait for proposals from Malaysia, and “will keep an open mind”.

“We are on the lookout for new projects or additional projects, which are of mutual benefit to both countries,” he said.

During his visit to Singapore on November 29, 2021, then Malaysian prime minister Ismail Sabri Yaakob suggested reviving discussions on the HSR.

On January 1, 2021, Malaysia and Singapore jointly announced the termination of the HSR project as both countries failed to reach an agreement on changes proposed by Malaysia before the project agreement lapsed on December 31, 2020.