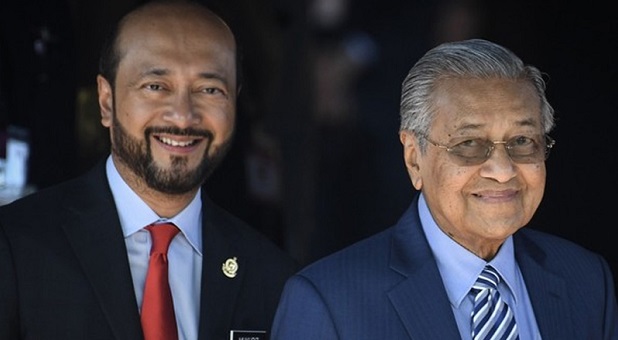 The former Umno president says the party’s performance has deteriorated after it was helmed by those who misappropriated funds or were charged with misusing funds.

PETALING JAYA: Umno could lose more seats in the next general election because it is being led by a president who is facing corruption charges, says Dr Mahathir Mohamad.

The former Umno president said the performance of the party during recent elections had deteriorated as it was helmed by those shown or perceived to have misappropriated funds.

And following Umno’s decision to bar the contest for the presidency and deputy presidency at its polls, the party will continue to be led by a president who is facing corruption charges, Mahathir said.

He was referring to Ahmad Zahid Hamidi who has been charged with criminal breach of trust (CBT) of over RM31 million of Yayasan Akalbudi funds.

“There’s a huge possibility that at the next general election, Umno will lose more seats,” Mahathir, who quit Umno in 2016, said in a statement.

In the 15th general election, Umno only managed to secure 26 seats, in what has been labelled its worst outing in history.

While Umno’s constitution allows for members to change their leadership, Mahathir said delegates at the recent general assembly seemed prepared to stick with the current president despite the court cases.

“Will Umno members continue to support the party?”