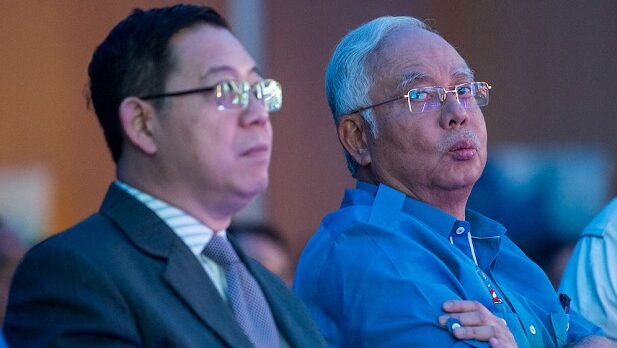 KUALA LUMPUR — The defence in Lim Guan Eng’s corruption case over the Penang undersea tunnel project claimed in the Sessions Court today that ‘chocolates’ (cash bribes) amounting to RM2 million were actually meant for then prime minister Datuk Seri Najib Razak back in 2017.

Defence lawyer Gobind Singh Deo contended that Consortium Zenith Construction Sdn Bhd (CZCSB) director Datuk Zarul Ahmad Mohd Zulkifli did not mean to give the ‘chocolates’ to the former Penang chief minister as alleged based on WhatsApp message exchanges produced as evidence in another case at the Shah Alam Sessions Court.

Gobind told the court earlier the WhatsApp conversation between Zarul Ahmad and businessman Datuk Seri G. Gnanaraja in August 17, 2017 clearly showed how ‘chocolates’ (RM2 million cash bribes) were to be paid to one ‘big boss’, which the lawyer said was not Lim as alleged.

The defence had previously contended the report of WhatsApp messages submitted by the prosecution as evidence was truncated and not in full as only messages after August 18, 2017 were produced.

Cross-examining the eighth prosecution witness, Malaysian Anti-Corruption Commission (MACC) forensic department investigation officer Wan Mohd Firdaus Wan Yusof who had prepared the forensic report of Ahmad Zarul’s phone extraction that was produced at the Shah Alam trial, Gobind asked who ‘big boss’ referred to at the time.
To this, deputy public prosecutor Ahmad Akram Gharib stood up in objection, arguing that such question should be posed to the appropriate witness since Wan Mohd Firdaus was merely a forensic officer who took instructions from the investigating officer.

Ahmad Akram said Zarul Ahmad would be most appropriate instead to reply to the questions posed.

Session Court judge Azura Alwi however instructed the defence to resume their cross-examination after Gobind insisted he was entitled to ask such questions to show relevancy.

Gobind then proceeded to read out the message transcript dated July 23, 2017 where Gnanaraja had texted Zarul Ahmad of a cake-cutting ceremony he had attended the night before with one ‘big boss’ as he left Taman Duta.

The lawyer later said this ‘big boss’ was in reference to then prime minister Datuk Seri Najib Razak despite the witness having said he was unable to determine as such.

“My client wasn’t born on July 23 and doesn’t stay in Taman Duta.

“The chocolate here is for big boss. It is written so, Yang Arif. When it is shown ‘big boss’ is somebody else, this is relevant, because the prosecution is saying the chocolate is meant for my client.

“The charges against my client are trumped up,” Gobind said.

Deputy public prosecutor Datuk Wan Shaharuddin Wan Ladin interjected and said the defence lawyer should not be “making statements from the Bar (bench)” in relation to the ongoing case by accusing the prosecution of attempts to suppress evidence.

Gobind retorted by stating it was not a statement from the Bar but their defence in court.

During re-examination, Wan Shaharuddin asked Wan Mohd Firdaus whether the conversation had stated the money was not paid to Lim, to which the latter replied in the negative.

Wan Mohd Firdaus also replied in the negative to indication of whether the RM2 million was paid to someone else.

Earlier, Gobind said the defence will be filing a formal application to adduced evidence from the Shah Alam case that could see the former chief minister exonerated over the allegedly receiving of RM2 million in bribes.

He said the application to adduce further evidence under Section 51A of the Criminal Procedure Code was necessitated for the purpose of proving Lim’s innocence and “for the full exposure of the truth” which he claimed the “prosecution was attempting to suppress”.

The evidence sought to be adduced comprised of transcript report of the full WhatsApp messages between two prosecution witnesses — namely Zarul Ahmad and Gnanaraja.

In Shah Alam, Gnanaraja was charged with allegedly deceiving Zarul Ahmad over RM19 million — of which the RM2 million is part of it — into believing that he could help the latter close the MACC investigation linked to the same undersea project.

Lim, 61, is facing an amended charge of using his position as Penang chief minister to solicit RM3.3 million in bribes as an inducement to assist Consortium Zenith BUCG Sdn Bhd (CZBUCG) owner, Zarul Ahmad, to secure the project worth RM6,341,383,702.

In the second amended charge, Lim is accused of soliciting a bribe of 10 per cent of the profit from the company as gratification to secure the project.

Lim, who is the former DAP secretary-general, faced another two charges of causing two plots of land worth RM208.8 million, belonging to the Penang government, to be disposed of to two companies linked to the state’s undersea tunnel project.