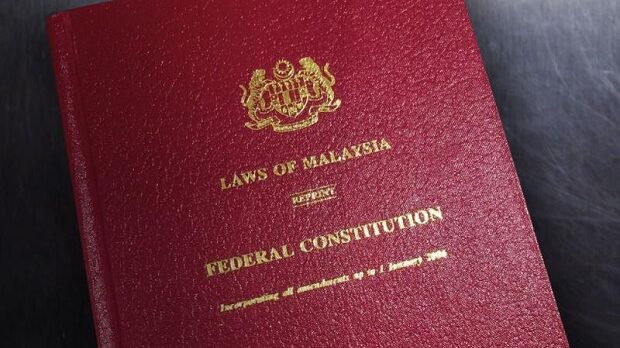 Just a translation – or a new Constitution?
On Jan 9, Attorney-General Idrus Harun in his speech at the Opening of the Legal Year 2023 proposed, among other things, placing the Malay translation of the Federal Constitution to the King for his approval.

Validity of Article 160B

Article 160B was introduced in 2001 by way of a constitutional amendment. It was surprisingly passed In Parliament without much debate. The legality of such an amendment is very much in doubt.

A translated constitution will not be the agreed document. The Constitution established the basic scheme or structure of our society. It sets up the three branches of government, the duties, responsibilities and authority of the Malay Rulers, the relationship between the federal government and the states and the rights, and responsibilities of citizens. Sabah and Sarawak joined us on the basis of the English text of the Constitution

The draft must be subject to scrutiny by the Rulers, the state governments, the federal government and citizens groups representing all the people of this country. It is surprising that leaders of political parties have remained silent on this issue.

The Constitution is, in a sense, a contract between all the citizens of the country, the Malay Rulers, the individual states of Malaysia and the federal government. All amendments to the Constitution, since independence, were made in English, to the English text of the Constitution.

Recent Federal Court decisions emphasised the immutable character of the basic scheme or structure of the Constitution. It is the substructure or superstructure on which our nation is built.

Interpretation of the Constitution requires reference to the case law, the jurisprudence, the commentaries available in the English language and English dictionaries containing the lexical traditions thereof. These are found in England and in many countries of the Commonwealth that have adopted the Common Law as the basis of their law.

There is precedent on the English text and the Malay translation being at variance and that difference would have made a critical difference to the rights of a mother as to the religion of her child.

The history and circumstances leading to the formulation and adoption of the Federal Constitution are relevant.

In March 1956, an independent commission to draw up a Constitution for a fully self-governing and independent Malaya was appointed by the Queen of England and the Malay Rulers.  It was headed by Lord Reid, an English judge and consisted of constitutional experts from Commonwealth countries.

The Reid Commission met 118 times between June and October 1956 and received 131 memoranda from various individuals and organisations, including proposals from the Alliance Party (comprising Umno, MCA and the MIC)  and the Conference of Rulers.

It was drafted in the English language and that has remained the authoritative text as of today.

The Constitution is the founding document of the nation. The constitutional concepts and principles were imported from countries with long-established traditions for constitutional law and constitutional government. The leading experts of the day helped with the drafting.

In all, 131  memoranda were submitted. The Malay Rulers were represented, as were the leaders of all the major communities. The draft Constitution was first approved by the British Parliament and then presented, debated and passed by the Malayan Parliament. When adopted, it was the agreed document among all interested parties – the Malay Rulers, the governments, both federal and states, and the people of the country.

A Bahasa Malaysia translation of the Constitution is, in effect and law, a new Constitution if it is made the authoritative text.

Arguably, the replacement of the current Constitution with a Bahasa Malaysia version albeit a Malay translation of the English original is more than just an amendment – it is introducing a new Constitution to replace the old one.  What is the process for that? Will the Rulers want to be involved? The states? The minorities? The citizens of the country?

1963: Sabah and Sarawak accede to the Constitution

It must also be remembered that Sabah and Sarawak came to Malaysia by acceding to the English text of the Federal Constitution. They would also have strong views as to whether any change should be made to the language of the Constitution.

We have been an independent nation for more than 60 years. There was never a need to change the language of the Constitution. Did the attorney-general not advise the government on the pitfalls and challenges in the way to making the Bahasa Malaysia text the authoritative version of the Constitution? And this also raises the question – why now?

Hopefully, this issue does not devolve and deteriorate into an issue of sovereignty and patriotism. The issue is a legal one, understood best by lawyers and judges. Our Rulers and leaders were the ones who decided the basis on which our nation would be founded.

It was the wisdom of our forefathers that made us maintain our connection to the Common Law of England and our adherence to the Rule of Law.

It is that connection to the Common Law of England that gives us the foundation, the continuity and the stability which has contributed to the development of our country and to the maturity and sophistication of our democratic institutions. WRITER – DAVID DASS is a lawyer