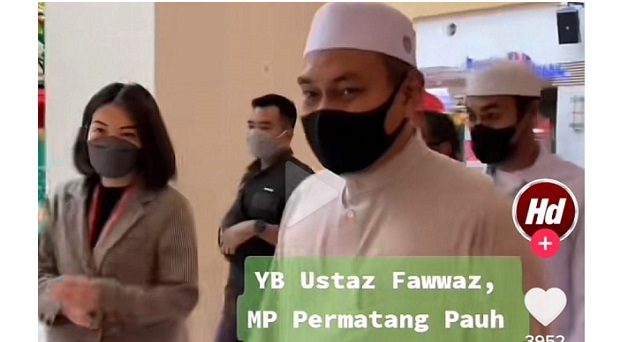 Fawwaz , who is also Penang PAS Youth chief, claimed the statement was written and uploaded by another person who was tasked as an administrator of the account.

“I apologise for the negligence and mistake that happened. The posting was not intended to insult anyone or any race.

“The posting was also not from YB (Fawwaz), but by an administrator on duty. It had nothing to do with YB Ustaz Fawwaz and was made without his knowledge,” read a statement posted in the comment section of the post.

The post on Fawwaz’s Facebook read: “In sirah (Prophet’s teachings), history shows there has never been an infidel who wants to uphold your religion, dear Muslim, but it has always been reminded in the Quran that (they are out to) bring down your religion”.

The original statement, however, is no longer accessible.

It was also seen as contradicting the view opined by PAS president Abdul Hadi Awang in his book, “Fiqh al-Harakah”.

Independent Islamic preacher Wan Ji Wan Hussein also commented on the issue by citing several examples of assistance given by non-Muslims to Prophet Muhammad in his dakwah activities, as had been stressed by Hadi in the book.

Among them included the action of Abu Talib (Prophet Muhammad’s paternal uncle) defending the Prophet when the latter was stopped by Quraisy people from spreading Islam, when assistance was extended to the Prophet by the king of Habsyah who at that time was a non-believer, as well as how a non-Muslim named Mat’am bin ‘Adi protected the Prophet when he was returning to Mecca from Taif.

It is noted that Fawwaz used to be an independent preacher before he contested in the 15th general election as a Perikatan Nasional candidate.