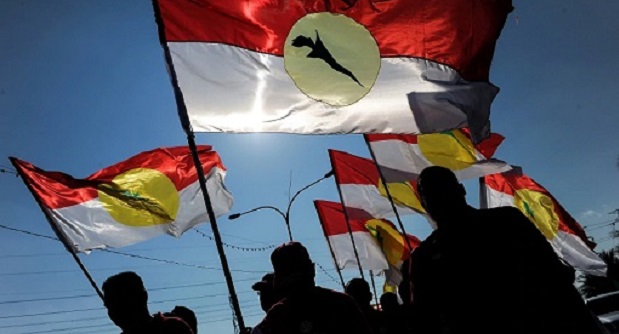 The ongoing Umno general assembly 2022 has passed a resolution to not have the party’s top two positions open for contest in its upcoming election.

According to him, the additional motion, proposed by a Negeri Sembilan delegate yesterday, was passed after a majority of delegates voted in favour of it.

“It was done by show of hands,” he said.

Another Umno leader in the party’s supreme council who wished not to be named told Malaysiakini the motion was passed with huge support from delegates.

Yesterday, Negeri Sembilan delegate Mohd Shukei Samsudin submitted a motion proposing for the positions of Umno president and deputy president not to be contested in the next party election, which has to be held by May 19.

He put forward the motion when debating the president’s policy speech on Friday afternoon.

The proposal however saw pushback from several quarters, including Johor and Kuala Lumpur Umno chapters. FMT

Zahid said the decision of the delegates earlier today to bar contests for the top two positions was final. He said the motion was adopted by the general assembly in accordance with the party constitution.

“However, the positions of vice-presidents and below are open (to be contested) as usual,” he said at a press conference after the Umno general assembly here.

When asked if action would be taken against members who announce their candidacy for the top two posts, Zahid said the matter would be left to Umno’s disciplinary committee and legal adviser.

The party elections are to be held by May 19.

The motion was proposed yesterday to ensure the two incumbents will not be challenged at the Umno elections, which must be held by May 19. It was passed through a voice vote.

It had been reported that Umno was split on whether contests for the top two posts should be held, with some saying it risks dividing the party, and others arguing that it would allow Zahid and his deputy, Mohamad Hasan to prove that they have the support of party members. FMT