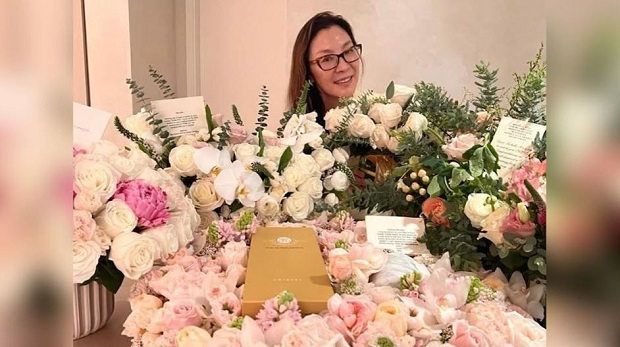 As congratulatory messages poured out for actress Michelle Yeoh’s Golden Globe award, independent filmmaker Pete Teo said the Malaysian government and its institutions cannot call artistes like Yeoh their own.

“It makes my skin crawl that they try to,” he said.

He claimed institutions such as the National Film Development Corporation Malaysia (Finas) have failed to help nurture the arts scene in the country, so Yeoh and other successful Malaysian artistes like her owe nothing to Malaysia’s arts policy.

To illustrate, Teo said Malaysia was acknowledged by film festival goers as having some of the most talented filmmakers between 2004 and 2010, alongside Iran, Indonesia and Mexico.

“Yet, while the top young talents in these other countries went on to achieve great things in local and international cinema, their Malaysian peers largely stagnated and struggled from lack of funding and support,” he said on Twitter yesterday.

No thanks to Finas

By 2008, for example, Malaysian films have won top awards in three of the four years of a major Asian film festival – the Busan International Film Festival (BIFF).

Teo claimed BIFF’s director Kim Ji Seok had wanted to make a programme to showcase Malaysian works and a party to promote it to regional producers, but due to BIFF having suffered a budget cut, Kim called months before the festival to say he was short of just US$3,000 (about RM10,600 at the time) to host the event.

“But since that event was in aid of proven young Malaysian filmmakers, he was confident Finas would help. So, he contacted them.

“Cut long story short, Finas refused,” he said, but the event went ahead anyway after the filmmakers themselves raised money for it.

“You got to ask: Why would these artistes feel any loyalty to the country? What is the role of these institutions? They wouldn’t help the young when they needed it yet humbug stars who have long made it internationally.

To highlight another incident in 2006, he said when Hong Kong celebrity Andy Lau funded the Malaysian film “Rain Dogs”, which was nominated for an award at the Venice Film Festival, Hong Kong authorities claimed the film was theirs while their Malaysian counterparts did not bother.

This was despite the film having been shot in Malaysia, having a Malaysian crew and cast, and being directed and produced by Malaysians.

“The film did not win, but on the way back from a Hong Kong government-sponsored party to celebrate the nomination, we walked past the poster of a new Tsai Ming Liang film headlining at the festival. It claimed the film as Taiwanese.

Tsai is a Kuching-born and internationally acclaimed filmmaker now based in Taiwan, whom Teo described as an “arthouse giant”.

“Both (Yeoh and Tsai) owe nothing to the arts policy of this country,” he said.

Yeoh made history on Tuesday after winning the Best Actress In A Musical Or Comedy Motion Picture award for her role in the film “Everything Everywhere All At Once”, becoming the first Malaysian to win a Golden Globe award.

Finas was among those that posted congratulatory messages for Yeoh’s success.