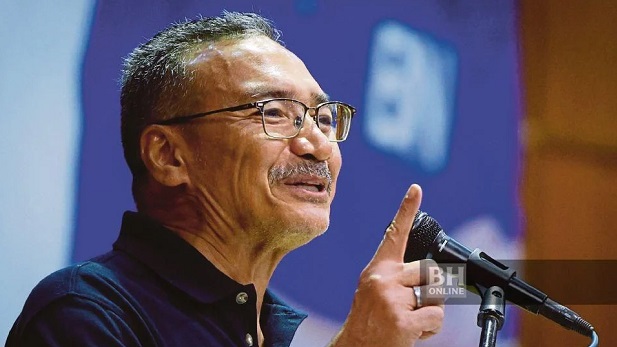 They said there was no point dwelling on the matter as the move has been thwarted and Umno is now part of the unity government.

Labis Umno Youth chief Khairy Kamarul said he considered the issue part of an episode during the government formation process after the 15th general election.

“This issue of 10 statutory declarations (SDs) from Umno and Barisan Nasional (BN) lawmakers has been thwarted.

“It did not change the party’s decision or the political scenario at that time.

“It’s now history and we should move on,” he told The Malaysian Insight on the sidelines of the youth wings’ general assembly yesterday.

He said the 10 MPs, six of whom are from Umno and four from BN component parties, had been told to revoke their SDs and told them all future decisions will be made by BN en bloc.

Khairy said that the Umno lawmakers’ failure showed that solidarity in Umno was still intact and that the party’s institutions are still preserved.

“For us, from the grassroots point of view, we can breathe a sigh of relief that the leadership and MPs are still with the party as the matter has also been resolved,” he said.

He also felt there was no need for the party to take follow-up action against the MPs who signed the SDs.

“There is no need to take action as the situation had no effect and did not happen.”

Segamat Umno division chief Bastien Onn said that it was not appropriate for the group of lawmakers to be subjected to action.

“We cannot change that quickly. We have been enemies with DAP and PKR for almost 24 years, so we want to move on and deal with the fact that the party is sitting in government with its long-time nemesis,” he said.

The Umno Youth exco said this in reference to the cooperation between BN and PH in forming a unity government at the federal level.

It follows the failure of PN to get the support of the majority of MPs to form a government after the coalition only won 73 seats in the general election.

BN, who won 30 parliamentary seats, instead chose to work with PH with 83 seats, together with Gabungan Parti Sarawak, Gabungan Rakyat Sabah and Warisan.

Bastien said Zahid was big-hearted to forgive the culprits and decided to move forward.

“The president has a big heart and has forgiven (MPs), so the issue has passed,” he said, referring to Zahid’s statement that he had forgiven the culprits.

Puteri Umno representative Zuliana Zulkeflee, however, insisted that the MPs cannot have a place in the party.

“We the members follow the decision of the superiors (if they want to take action), but any party with treacherous members should deal with them.

Another Puteri Umno delegate Salsabila Sharif, said that ordinary members who are loyal were upset because the betrayal affected the party’s image.

“We are the ones who feel disappointed, aggrieved, even though we are insulted for still staying with the losing party.

“Those on top (Umno leaders) do what they want. But, those who are truly fighting for the cause have become victims.”