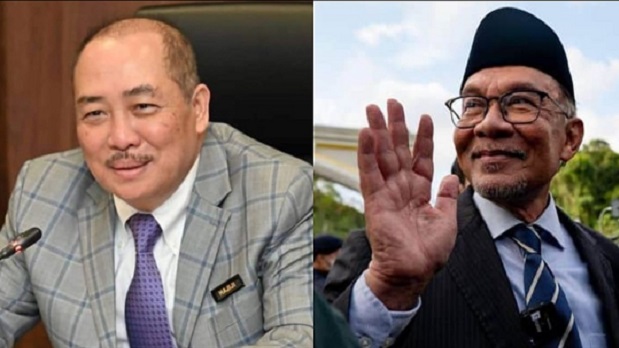 New Sabah ministers to be sworn in tomorrow

A swearing-in ceremony will be held tomorrow for new members of the Sabah state cabinet, Malaysiakini has learnt.

It is understood that the ceremony will be held at the governor’s palace Istana Seri Kinabalu at 10am. 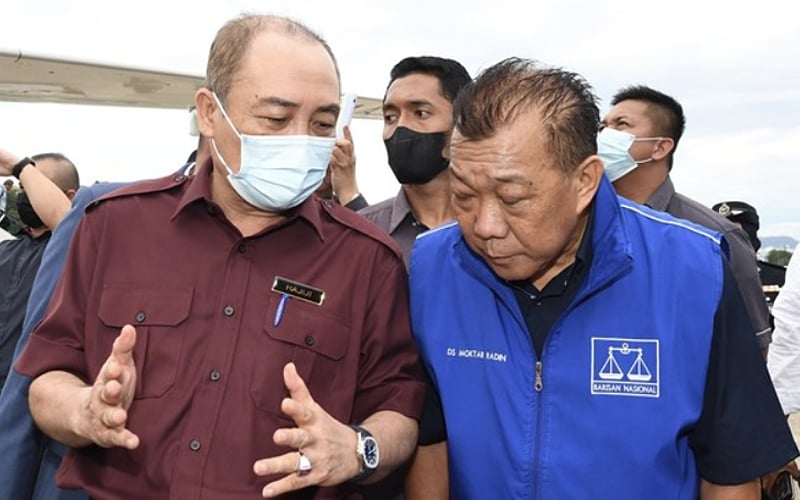 James is among the five Umno assemblypersons who dissented from Sabah Umno and its chief Bung Moktar Radin’s decision to rescind support for Hajiji’s leadership.

Meanwhile, a Sabah assemblyperson who declined to be named confirmed a swearing-in ceremony will indeed be held tomorrow, but he is still waiting to receive the official invitation to attend.

Hajiji’s office previously announced on Jan 6 about the chief minister’s intention to reshuffle his cabinet soon, amid various political manoeuvres to overthrow him and a falling out between him and his deputy Bung.

A change in seating arrangements during today’s special state assembly session further fuelled speculation that Bung will be sacked from his deputy chief minister post, though Sabah Speaker Kadzim M Yahya said the new arrangements are only temporary so the assembly chambers would not seem “empty”.

The changes entail moving Bung and several cabinet members from BN moved from the government side of the assembly chambers to the opposition side.

Pakatan Harapan assemblypersons, meanwhile, have been moved to the backbencher’s row of the government’s side of the chambers.

Prime Minister Anwar Ibrahim has been trying to reconcile Hajiji and Bung, according to sources, but Hajiji is reportedly not keen. MKINI

The deputy prime minister said both himself and Anwar have been to Sabah to meet political party leaders and advocate for a “calm period” for the state, days after a failed coup by Parti Warisan and Barisan Nasional.

“What is important for Anwar is to propose a unity government in Sabah that will involve all the parties in the federal unity government. So for Sabah it is certainly not that difficult for this to be established, but the issue of acceptance is an aspect that we must respect first.

“I hope that all parties are accepting and open-minded to be with the PM for the formation of a Sabah state unity government,” he told the press after a session with media at the Kuala Lumpur Tower here.

Zahid said that Sabahan voters do not want a state election which he said is not only tiring, but also burdensome.

“Of course, the agreement between political parties of their intention to provide welfare to the people should be translated and implemented, so that for the remaining period of two years to two-and-a-half years before the Sabah elections are held again, then I hope that the welfare and convenience of the people should be prioritised.

“If politicking is on the agenda then the issue I mentioned may not be made a priority,” he said.

However, Zahid said he did not want to comment much on reports that Sabah Umno chief Datuk Seri Bung Moktar Radin had been removed from his post as deputy chief minister.

“There are some details that will be submitted, God willing, I will meet him soon,” he said, referring to Bung Moktar.

The state government has been embroiled in a leadership crisis since last week when there were reports of an attempted coup by Sabah Umno and Warisan to topple Hajiji and the Gabungan Rakyat Sabah-Barisan Nasional government.

The coup fizzled out as Pakatan Harapan’s seven assemblymen backed Hajiji, as he later secured the backing of five out of 17 Umno state assemblymen as well.

It was also reported that Hajiji has relieved Bung from his deputy chief minister post, and rejected the proposal for former chief minister and Umno warlord Datuk Seri Salleh Said Keruak to be appointed as the state finance minister.

Hajiji, with some 44 assemblymen behind him — more than half of the 79-seat state assembly — could stay in power despite Sabah Umno’s decision to withdraw its support for him.

Last night, after a closed-door meeting with Hajiji, Bung and Shafie, Anwar said that he and Zahid had proposed a formula that he believes would stabilise the government.