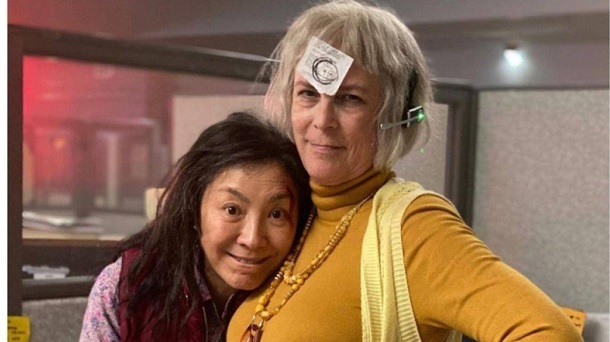 Michelle Yeoh and Jamie Lee Curtis have both been nominated by the Golden Globes for their roles in ‘Everything Everywhere All At Once’.
KUALA LUMPUR — Tan Sri Michelle Yeoh has done it again.

The newly inducted Time magazine’s Icon of the Year 2022 has been nominated for Best Actress at the Golden Globes for her portrayal in the multiverse mash-up Everything Everywhere All At Once.

Besides the Best Actress in a Musical or Comedy Motion Picture, Everything Everywhere All At Once also received five other nominations, including nods for Ke Huy Quan and Jamie Lee Curtis.

The nominees for best film, drama, are: The Fabelmans, Top Gun: Maverick, Elvis, Tár and Avatar: The Way Of Water, AP reported.

The nominees for best film, comedy or musical, are: The Banshees of Inisherin, Everything Everywhere All At Once, Glass Onion: A Knives Out Mystery, Babylon and Triangle Of Sadness.

On the TV side, Abbott Elementary led with five nominations, including best series, musical or comedy, and nods for its stars Quinta Brunson, Janelle James and Tyler James Williams.

The Crown, Dahmer — Monster: The Jeffrey Dahmer Story, Only Murders in the Building, Pam & Tommy and White Lotus all came away with four nominations.

The Globes will be telecast on January 11 and hosted by stand-up comedian Jerrod Carmichael.