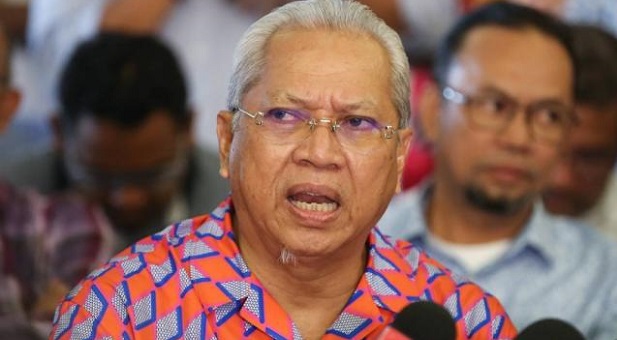 PETALING JAYA: Annuar Musa’s sacking is an attempt to stifle democracy in Umno ahead of the party elections next year, said his former aide.

Tun Faisal Ismail Aziz, Annuar’s former press secretary, said Annuar and the two other division leaders who were sacked had been outspoken against Umno president Ahmad Zahid Hamidi and the “new alignment” with Pakatan Harapan (PH).

In a Facebook post, Faisal claimed this showed that Zahid and his faction were afraid about the competition they could face in party polls.

“Their sackings prove that ‘revenge politics’ is taking control of Umno and that the president cannot be criticised.

“This is despite the fact that (Zahid) was proven to have failed (the party) in the recent general election and was one of the reasons why Umno voters and fence-sitters didn’t vote for Barisan Nasional (BN),” he said.

He also claimed Zahid had betrayed the party and their supporters by forcing BN MPs to back Anwar Ibrahim as prime minister and jointly form the government with PH.

Faisal is a former Putrajaya Umno deputy chief and had been suspended from Umno for six years last year.

Earlier today, Umno secretary-general Ahmad Maslan confirmed that Annuar, a former party secretary-general, as well as the Arau and Maran Wanita chiefs, Shamsiah Yasin and Fatimah Kassim, had been sacked. The decision was made at a Supreme Council meeting last night.

They were reportedly sacked for disparaging the party and supporting its rivals in the recent general election (GE15).

The former communications and multimedia minister, who was labelled as “Bersatu-friendly” by Umno members, was dropped from BN’s GE15 lineup. He had been with the party since 1979. FMT

The Barisan Nasional (BN) treasurer-general said he is analysing the election results for both seats to understand voters’ sentiments.

“Even though it’s not easy, we must move forward. I don’t want to point fingers at anybody and I will also not blame the party,” he said in a Facebook post.

In Tioman, BN’s Johari Hussain won with a slim majority of 573 votes.

Hishammuddin pointed out the importance of understanding the dynamics of voters’ support, especially in deciding the future of the party.

He said this is particularly the case as the party relies on the support of its grassroots which have remained loyal to it.

The election for both the Padang Serai and Tioman seats was deferred following the death of PH candidate M Karupaiya and PN candidate Yunus Ramli, respectively.

Yesterday, PN chairman Muhyiddin Yassin said his coalition’s big win in Padang Serai and slim loss in Tioman were a positive sign that the people were still backing PN.

PETALING JAYA: Umno secretary-general Ahmad Maslan has confirmed that former Ketereh MP Annuar Musa and two other divisional leaders have been sacked by the party.

He said the Umno Supreme Council made the decision based on Clause 10.6 of the party’s constitution, which gives the party the right to expel any of its members.

“Their sacking is effective immediately and the official letter for the expulsion will be sent out today,” he said, according to Berita Harian.

He also confirmed that the other two divisional leaders sacked are the Arau and Maran Wanita chiefs, Shamsiah Yasin and Fatimah Kassim.

Earlier today, FMT reported that Annuar, Shamsiah and Fatimah were sacked for badmouthing the party and supporting its rivals in the recent general election.

Annuar has in the past been labelled as “Bersatu-friendly” by Umno supporters over his push to unite the party with PAS and Bersatu.

The Umno veteran, who had been with the party since 1979, was dropped from BN’s GE15 lineup.