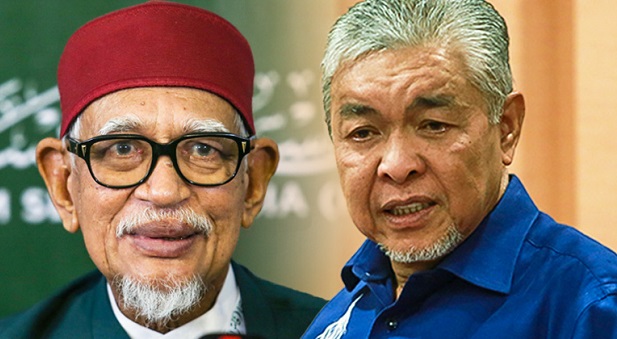 Johari is in a five-cornered contest for the seat with Nor Idayu Hashim (Perikatan Nasional), Fadzli Ramly (Pakatan Harapan), Osman A Bakar (Pejuang) and independent candidate Sulaiman Bakar.

PH is making way for BN in the election.

The election for the state seat was postponed following the death of Perikatan Nasional candidate Yunus Ramli, 61, in the early hours of the 15th general election (GE15) on Nov 19.

Johari won the seat in the 2018 general election with a 1,280-vote majority against Yunus in a four-cornered fight.

8.20pm: BN triumphs in Tioman, according to unofficial results.

BN wins with about a 600-vote majority against PN.

Harapan, which dropped out of the race, bagged 791 votes.

8pm: PN is extending its lead in Padang Serai by 4,500 votes, according to unofficial results.

Malaysiakini expects there to be around 90,000 votes in total, so there is still a distance to go before a winner can be declared. MKINI

Mohd Johari knows he must deliver Tioman for BN

ROMPIN: Tioman incumbent assemblyman Datuk Seri Mohd Johari Hussain is very much aware of the heavy burden he is shouldering to deliver the state seat for Barisan Nasional.

Barisan is currently one seat behind Perikatan Nasional, which now holds 17 seats in the Pahang state assembly.

If Johari could defend Tioman, it would put Barisan on an equal footing with Perikatan in the state assembly.

“This is a really heavy burden I am bearing.

This does not only involve my constituency but the whole state.

Even the nation is watching,” he said after the nomination process held at the Dewan Jubli Perak Sultan Haji Ahmad Shah here yesterday.

“If Barisan wins, there will be an equal number of seats with Perikatan.

However it goes, when it comes to forming the state government, I leave it to the leadership to determine the best direction for the interests of the people of Pahang.

“Balancing the number of seats is one thing, but an important matter here is ensuring stability and the prosperity of the economy, politics, religion and race in Pahang,” he said.

Johari also hoped he could count on the support of state and national-level Barisan leaders in his campaign.

The Tioman election had been reset with five candidates vying for the state seat.

Nor Idayu was the only one who filed her nomination papers, while three of the other candidates were present to draw lots to determine their positions on the ballot paper.

It was learnt that Mohd Fadzli sent a representative to draw his lot.

The election for Tioman was suspended on Nov 19 following the death of Perikatan candidate Md Yunus Ramli.

Early voting had been set for Dec 3, while election day would be held on Dec 7.

ROMPIN: The Tioman state election will serve as a vital signal to chart Pahang’s political direction, although its outcome on Dec 7 will not change the current Pahang government’s administration structure.

Pas deputy president Datuk Seri Tuan Ibrahim Tuan Man said voters in Tioman who are upset with the recent developments must send out a clear message when casting the ballots on Dec 7.

“The Pahang government’s administrative structure will not change (despite Perikatan Nasional winning in Tioman) but the results in Tioman will be an important signal on the state’s political path. I met a lot of voters who are upset and they have to prove it on polling day,” he told reporters after a ceramah at Kuala Rompin town which is under the Tioman state constituency here last night.

He was earlier asked if victory for PN which would see the coalition securing its 18th seat in the state could trigger any possible changes in Pahang.

Meanwhile, Tuan Ibrahim said the PN which currently possessed the highest number of seats in the Pahang state assembly was prepared to become an effective and constructive opposition.
“I felt that if Barisan Nasional had worked with the PN then it would be solid and stable with a two-third majority while Pakatan Harapan would be the opposition. Now, since a decision has been made, PN will remain in the opposition and we have no issues about it.
“The PN with 17 state seats wants to be a strong and active opposition in Pahang. Not simply oppose without examining the facts. The people will be watching and can evaluate the performance of our elected representatives in Pahang,” he said, adding tthat PN would decide on the opposition chief in Pahang soon.

On PN’s 17 seat victory in the 15th general election in Pahang compared to only eight during the previous general election in 2018, Tuan Ibrahim, who won the Cheka state seat in Pahang, described it as a wave of change especially from the young voters who wanted a stable and clean government.

“Why did they give their votes to the PN? Because they evaluated our performance when we served at the federal government and were confident without achievement. There was a wave of changes especially in youths and that is what exactly the people want,” he said.

PN produced a major upset after securing 17 seats while BN won 16 seats while PH secured eight seats, and no party managed to obtain a simple majority of 21 seats to form the Pahang government, which resulted in a hung state assembly.

On Nov 28, Datuk Seri Wan Rosdy Wan Ismail was named as the menteri besar to lead a new pact between BN and PH in Pahang.  NST