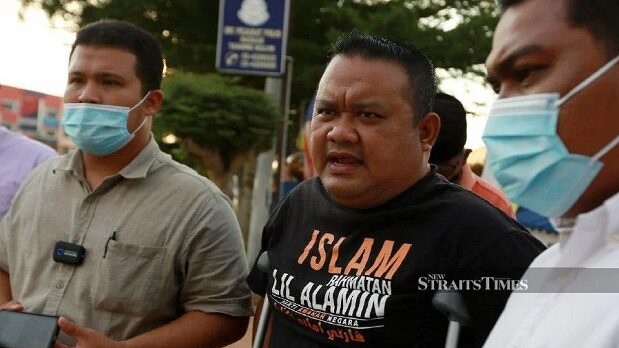 RM600 billion scandal: Sany Hamzan yet to be called by MACC

Parti Amanah Negara Mobilisation Bureau director Sany Hamzan will provide evidence, including documents, regrading the alleged misappropriation of RM600 billion in government funds during the administration of Tan Sri Muhyiddin Yassin if he is called by the Malaysian Anti Corruption Commission (MACC).

He said for now, he is gathering various evidence of the serious breach of procedures and will hand them over to the authorities for further action.

“So far, I have yet to be called by MACC after lodging a police report on November 30 but I am ready to fully cooperate with the authorities when called. I will come with the evidence that shows the breach happens,” said Sany to BH.

The Taman Templer assemblyman said he only wants the authorities to investigate the matter fairly.

“If there is no offence or misappropriation happens then we will accept it but so far, we are suspicious of the lavish expenditure by Perikatan Nasional. That is why we lodge a police report and demand for an investigation,” said Sany.

He said he will be going to the Istana Negara to submit a memorandum asking the Yang di-Pertuan Agong to support the establishment of a Royal Commission of Inquiry to investigate the matter.
It was reported that MACC have opened an investigation on the alleged misappropriation of the funds.

Previously, Prime Minister Datuk Seri Anwar Ibrahim was reported as saying that Finance Ministry official confirmed that there was a serious breach of procedures for the RM600 billion funds during Muhyiddin’s administration.

Muhyiddin was reported as saying that he is not afraid of being investigated following police reports lodged by several parties claiming that he misappropriated the funds.

The PN chairman also said that it is impossible for him to misappropriate the funds since it is individual money from the Employees Provident Fund and banks, which were not under his control.

He also questioned how the RM600 billion amount came about because if it refers to the eight economic stimulus packages announced during his administration, it amounted to RM530 billion.

Muhyiddin’s former chief private secretary Datuk Dr Marzuki Mohamad was reported as saying that the allegation did exist and that it is an old psychological warfare to damage Muhyiddin’s administration.