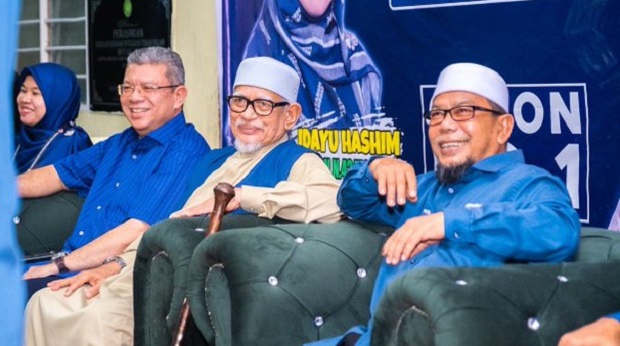 Turning the tables, the PAS ulama council has asked the government why it is not investigating the accusation that Pakatan Harapan received foreign funding when it was in the opposition.

The council’s chief Ahmad Yahya said there should be greater concern about foreign funding as it could jeopardise national security.

“The most important question now is about Harapan receiving funds from foreign entities, something that had alarmed the public before this.

“This matter was revealed by Daniel Twining himself, who is the president of the International Republican Institute (IRI), after the 14th general election.

“Such an accusation is much more dangerous because it risks our country’s sovereignty. But ironically, there has been no investigation nor any concrete answer to the matter,” he added in a statement.

He pointed to the PAS-led Kedah state government’s recent decision to halt all gambling outlets in the state beginning next year, emulating Terengganu and Kelantan, which are also governed by PAS.

“Since when have gambling companies been friendly with PN, to the extent that they would fund our election campaigns?

“Tax revenues from the gambling sector had also risen to RM3.43 billion in 2019 when the country was under Harapan, the highest ever recorded since 2010.

“Does Anwar have the political will, like PN, to shut down all gambling premises?” he asked.

In July 2018, two months after Pakatan Harapan won the country’s 14th general election, IRI president Twining claimed during a forum that his organisation has been attempting to “strengthen” opposition parties in Malaysia since 2002.

Following this, political parties and NGOs, including PAS, urged the government to probe the claims, saying that, if true, it would amount to interference in the country’s political system.  MKINI

The Islamist party chief said gaming operators could be described as stupid for funding people who wanted to put them out of business.

“Only a twisted and deranged person would say such things (that gaming companies funded PN). We can see how gaming company stocks fell when it emerged that PN was gaining ground in the general election (GE).

“However, their shares picked up again after Pakatan Harapan (PH) gained power,” the Marang MP said in a statement which he posted on Facebook.

Hadi noted that PH component parties had previously objected to gaming outlets being closed in the PAS administered states of Kelantan, Terengganu and Kedah.

On Monday, Anwar made a remark suggesting that PN’s funds for its election campaign came from gaming companies.

“On the issue of gambling, certainly this is partly used to finance elections. (I have asked for) checks on that.

“Whether you call yourself a Malay party or Islamic party, notwithstanding, the (election) funds came from gaming companies,” Anwar was quoted as saying by news portal Malaysiakini after chairing a special cabinet meeting.