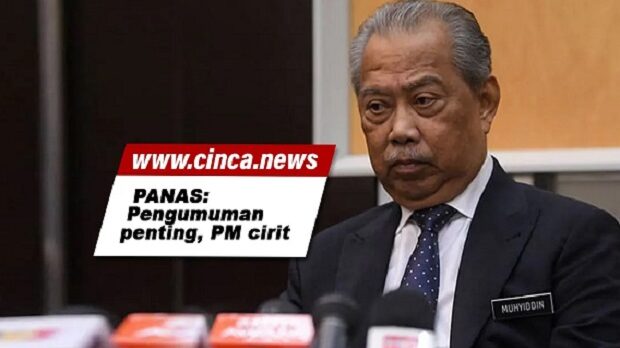 Anwar Ibrahim should learn to behave like a real prime minister instead of acting like an opposition leader, said a former aide to Muhyiddin Yassin.

Marzuki Mohamad, who was Muhyiddin’s principal private secretary, stressed that Anwar should quickly get adjusted to helming the top post and not keep the people waiting for too long.

“Anwar had been in opposition for 24 years. The last position you held in the government was deputy prime minister and finance minister before you got sacked in September 1998.

“Your behaviour for the past few days is still like the behaviour of an opposition leader.

“From next week onwards, you must behave like a true prime minister,” he said on Facebook last night.

As part of his “unsolicited advice” to the newly minted premier, Marzuki also called on Anwar to stop “witch hunting” and leave it to the MACC to probe contracts awarded in past administrations.

“If there’s a need for it, give standing instruction to the chief secretary of the government and MACC chief to study the contracts awarded by previous administrations. If there is doubt, let MACC investigate.

“You started with (allegations) of RM600 billion, then tens of billions and then RM7 billion. You have statements about political funds from gambling companies and so on.

“This is bad for your image as PM. You must not only be impartial but must be seen to be impartial. If not, the people will say you have a personal vendetta,” he added.

This came after Anwar claimed he had evidence of RM600 billion of improprieties allegedly linked to Perikatan Nasional (PN).

The prime minister also halted RM7 billion in flood mitigation projects, which he said were approved via direct tender.

The Pakatan Harapan chairperson took potshots at Muhyiddin for admitting that the bulk of Covid-19 pandemic aid provided when the latter was prime minister was the people’s own monies, including their Employees Provident Fund savings.

Instead of “witch hunting”, Marzuki advised the 75-year-old veteran politician to chair the Economic Action Council to get current economic trends from the Finance Ministry, Bank Negara and the Statistics Department in facing the possibility of a slower world economic growth next year.

He also urged Anwar to chair the National Cost of Living Council meeting to tackle the cost of living crisis and reveal the main thrusts of Budget 2023.

“In the cabinet meeting next week, you should advise your ministers not to pick up phone calls when they are in press conferences. Shameful.

“Even if the call is from the PMO (Prime Minister’s Office), wait for the presser to end first. The one who called was only an officer, not the prime minister himself.

“The image as a minister must be taken care of,” he said, in an apparent jab at newly appointed Digital Communications Minister Fahmi Fadzil for picking up two phone calls mid-presser on Monday.

Fahmi explained that they were calls from the PMO.