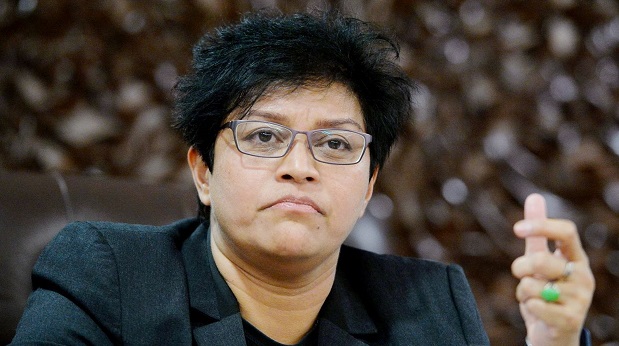 Minister in the Prime Minister’s Department (Law and Institutional Reform) Azalina Othman Said has initiated the first step in separating the public prosecutor’s office from the Attorney-General’s Chambers.

Taking to social media, the Umno lawmaker said the PM Department’s legal affairs division had met with the AGC yesterday for a briefing on the “feasibility” of the split.

“Following this meeting, the AGC will come up with a paper on the refinements of the AG/PP split.

“This is the first step in separating the powers between the AGC and public prosecutor and I hope the cooperation will bear fruit as soon as possible,” she added.

Various quarters have long called for the separation of the two roles in order to preserve the public prosecutor’s independence.

In September, Bersih urged the government to implement the separation with immediate effect, noting that the AGC had established a working committee to look into the matter last year.

The electoral watchdog cited the public sentiment over the discharge not amounting to an acquittal (DNAA) of Umno MP Abdul Azeez Abdul Rahim due to a request by the deputy public prosecutor on Sept 23.

It also noted the High Court acquitted Umno president Ahmad Zahid Hamidi of all corruption charges in the foreign visa system (VLN) case on the same day. The prosecution had since filed an appeal.

“The public prosecutor, who has a key role to assist the judiciary in the administration of criminal justice, should manifestly and undoubtedly be seen as independent, impartial, and beyond political interference.

“This can only be done by separating the public prosecutor’s role from that of the politically appointed AG,” it added.

Zahid, who is also facing 47 separate corruption charges, was appointed as deputy prime minister after BN joined hands with Pakatan Harapan to form the government.

Defending the appointment, Prime Minister Anwar Ibrahim said the Umno president has not been convicted.

Political analyst Wong Chin Huat had stressed that the separation of the public prosecutor and AGC must be the first reform which Harapan must execute.

“Otherwise, if for what reasons the cases of the court cluster are dropped or won, the public would likely see them as the outcome of political interference,” he added. MKINI

Why wasn’t AG chosen from one of our own, Azalina asks

KUALA LUMPUR: Umno supreme council member Datuk Seri Azalina Othman Said is questioning why the attorney general (AG) appointed was not from “one of our own”.

She said in other parts of the world, a prime minister would appoint “his own person” to be the AG.

“If the power to change the AG is in the hands of the prime minister, why didn’t he change the AG when this was under his jurisdiction?

“I just want to ask this, why can’t the AG be changed?” she said to loud applause from the floor at the Umno special briefing on Saturday (Aug 27).

“I’ve been an Umno division leader for more than 20 years. Of course, the division secretary is my own man, and so is the information chief because I appointed them,” she said.

“Why can’t we change lawyers? If he is guilty, even if he changes his lawyers 10 times, he will still be guilty.

“So what can we do now? We must fight. If you are brave enough, let’s fight today,” she told the audience who responded with loud cheering and applause.