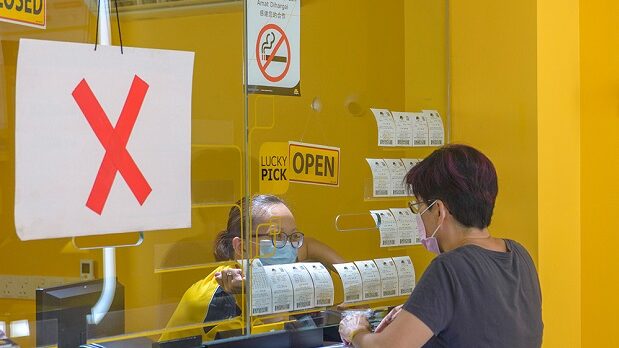 The former religious affairs minister said his party will even help the PH and BN-controlled states implement such a ban.

His remarks come following Prime Minister Anwar Ibrahim’s announcement that the government will only allow eight “special draws” for 4D numbers annually instead of 22.
RELATED STORY: Sanusi Bans All 4D Lottery Shops And Restricts Sale Of Alcohol In Kedah In a statement, Idris said Anwar was trying to boost support for his government from the Malay-Muslim community. He cited a report by a political analyst to support his argument.

On Anwar’s claims that PN received money from 4D operators, which PAS had described as slander, Idris said it highlighted the profitability of the gaming outlets.

“The profits made by these gambling bosses are so high that they are (allegedly) able to sponsor political parties.

“It would be great if this issue was resolved with each PH-BN state following in the footsteps of PN states, which have banned the use of premises for gambling activities,” he said.

In 2021, the government under the then prime minister Muhyiddin Yassin allowed gaming companies to hold 22 “special draws” for 4D numbers, on top of the usual thrice-weekly draws.