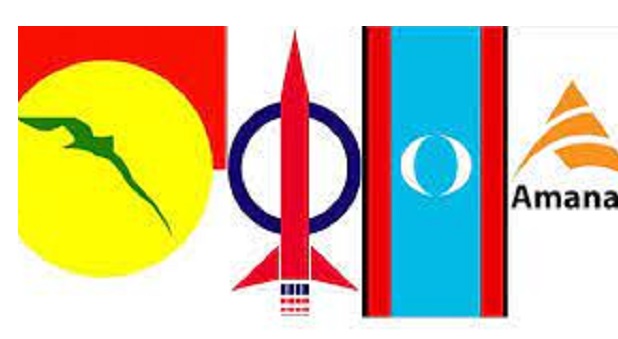 PETALING JAYA: An analyst has poured cold water on the Putrajaya administration’s plan for a coalition agreement among the parties in the unity government.

The pact, due to be signed next week, could not stop the federal government from being toppled, said Oh Ei Sun of the Singapore Institute of International Affairs.

He said people would probably compare it to the confidence and supply agreement (CSA) signed by Pakatan Harapan and Ismail Sabri Yaakob when Ismail was the prime minister.

Oh told FMT he believed the CSA, dubbed a memorandum of understanding between PH and Ismail’s government, would not have held up if challenged in court.

“After this similar CSA or so-called coalition agreement is signed, I think coalition partners could just as easily withdraw from the government,” he said.

“You cannot restrict people’s and parties’ political freedom by means of such CSAs or coalition agreements.”

He said all PH could do to keep the other parties from turning against the government would be to ply them with government positions and projects.

Barisan Nasional secretary-general Zambry Abd Kadir has said the final draft of the agreement would be ready soon.

PKR deputy president Rafizi Ramli said the agreement was to safeguard the government’s stability, with the parties agreeing to have Anwar Ibrahim’s administration remain for one term.

Another analyst, Awang Azman Pawi of Universiti Malaya, disagreed with Oh, telling FMT he believed the agreement would help ensure the government’s stability while giving clarity to the administration’s direction.

“Otherwise the government might not last more than six months,” he said.

Awang Azman said PH would also need to ensure the security of BN, Gabungan Parti Sarawak and Gabungan Rakyat Sabah from threats coming from inside or outside the government.

“Also, party views and criticisms should be conveyed internally rather than openly through the media,” he added.  FMT

PAKATAN Harapan, Barisan Nasional and Gabungan Parti Sarawak should enter into a permanent grand coalition which would benefit the country in the long term, political analysts said.
They told The Malaysian Insight the unity government must seek to work together beyond a temporary understanding.

He said the set-up should be maintained for more than a term to make Malaysia great.

“This cooperation is not just for five years, for 10 years, for 15 years (but longer) because of our sincerity to work together as one team, as a grand coalition.

“The parties have come together to build a more glorious nation, and I am confident that if this continues, Malaysia will become greater,” he added.

Ilham Centre’s Hisomuddin Bakar said the top leadership in each party in goverment must discuss the idea at length.

“The matter must be discussed at the highest level before the grand coalition can be formed. Otherwise the partnership would be temporary like PN and BN’s, and they will face each other again in the next general election,” he said.

On Monday, Barisan Nasional (BN) secretary-general Zambry Abd Kadir said the coalitions in the unity government will soon sign an agreement to work together to ensure stability and confidence in the administration.

“Hisomuddin said  PH is strong in urban and mixed areas, BN in Malay-majority and rural areas, and GPS in Sarawak.

“I do not see why they can’t agree to form a more solid partnership. They need to do this to face PN, which won so many seats unexpectedly in the election. If they can’t find a way to work together, they will surely struggle to beat PN,” he said.

Universiti Teknologi Malaysia Dr Mazlan Ali said each coalition had its own strengths.

He said Zahid himself is confident in Anwar’s leadership.

“It is not impossible for the three main coalitions to work together. Anwar has a more dynamic approach. Sarawak and Sabah affairs are taken care of, so are the poor and for Zahid to come out and say something like that shows that BN is ready for a new political dimension,” he said

“Umno may have realised that it needs to be more pragmatic. With PH it can get the support of the non-Malays; political realities have changed.

The unity government led by Prime Minister Anwar Ibrahim is made up of Pakatan Harapan, BN, Gabungan Parti Sarawak and Gabungan Rakyat Sabah.

Together, the unity government has 145 of the 222 seats in parliament.

Associate professor Dr Azmi Hassan said it would be hard for the Umno grassroots leaders to accept the idea of a permanent partnership with PH.

“Umno grassroots, can they understand the need for it? Will they see DAP as an obstacle? It would be a problem for DAP because it has tolerated so much.

“It is a good idea. The current government represents all Malaysians unlike PN, which was only for one segment of the community.”

Professor Wong Chin Huat of Sunway University did not think it was a good idea for the three coalitions to merge into a permanent pact.

“From the voters’ point of view, they will have fewer choices. From the parties’ perspective, they will not be able to stand against one aother.

“Over time, the inability for parties to compete against one another other and grow will reduce their competitiveness against parties that are not in the coalition,” said Wong, who is a political scientist

In Sarawak, neither GPS nor PH would want to be confined to the 23 and six seats they respectively won, he said.

‘“The amalgamation of PH and BN into one coalition would reduce their product differentiation. As PH and BN become more like each other, voters who do not like either or both of them would naturally turn to PN or other new parties.

“This would allow the PN to grow and eat into Umno’s territory. It would be disastrous for Umno and Malaysia, because peninsular politics would be a binary contest between the multiethnic PH-BN and the monoethnic PN.”

“In the best scenario, the friendly matches between PH and Umno should send the message to voters: these two are the only national coalitions that can form a stable government, and (that the election) is to decide which coalition should be the senior partner, and which should play second fiddle.”

“The parties (should) compete against each other to give meaningful choices and at the same time  to exclude parties that are too (extreme).” TMI

Experts say Pakatan Harapan finds its fortunes more tied to Barisan Nasional than it would like, despite the latter’s drubbing at the national ballot box recently.

Terengganu, Kelantan, Kedah, Penang, Selangor and Negri Sembilan decided not dissolve their state assemblies in conjunction with the election, but to allow them to run to full term, ending in 2023.

The analysts said that PAS, the largest party in the PN coalition, collected 49 of the 222 parliamentary seats in the election, thus replacing Umno as the dominant Malay party in national politics.

The question most political analysts are asking now is: Will this “green tsunami” continue in the state elections, particularly in Penang, Selangor and Negri Sembilan?

Chin Chong Foh, an expert on Malay politics, told The Malaysian Insight this onslaught, particularly in PH-controlled states, would depend on a number of factors.

“First, can PH and Barisan Nasional (BN) strike up some kind of cooperation now that they are working together in federal government?

“If they can, then the chances are high for PH to retain power in Penang and Selangor after the elections,” he said.

Chin said PH had already shown goodwill in Perak and Pahang – where state elections have just been held – by deferring to BN to name its menteri besar and exco.

“I believe BN would reciprocate by stepping aside and making way for PH in Penang and Selangor,” he added.

However, Chin said BN might not do the same in Negri Sembilan where Umno is the largest single party, despite the three-party PH maintaining its majority.

BN, he said, is still the dominant party in the state and its influence is still relatively strong there.

“I don’t believe Umno will give way easily (in Negri Sembilan).”

BN may drag down Pakatan

Chin also said the state elections in Negri Sembilan could end up in a three-way fight between BN, PH and PN.

“As of right now, the BN could regain power in the state. However, there is also the possibility that BN and PH could form a coalition government.”

Chin, who is also the deputy director of UTAR, said the last election had shown the BN’s strength now lies in the northern and east coast states.

“Without a doubt, the BN will compete in Terengganu, Kelantan and Kedah when elections are called.

“The question is will PH get out of BN’s way and let it have a straight fight with the PN.”

Chin also said in a straight fight, PN might not win big.

He said PAS’s unprecedented success in the November polls was not due to Malay voters suddenly deviating towards religious politics.

He said it was because PH had embarked on an anti-corruption, anti-Zahid campaign and PAS candidates under the PN banner were just hitching a ride to win a few more seats.

Chin said if the voters’ dislike for BN continues, it could taint PH to the point it could lose some seats in Selangor and Penang.

However, he said the possibility of PN winning those two states was remote.

Despite Bersatu and some PKR members having left the party following the Sheraton Move, PH still holds a comfortable majority.

Recently, Penang Chief Minister Chow Kon Yeow had said his government was willing to discuss with his counterparts in Kedah, Terengganu, Kelantan, Negri Sembilan and Selangor, so state elections could be held simultaneously.

The mandate of the Penang state assembly expires on August 2 next year.

Tough for Pakatan in Negri Sembilan

Lau Zhe Wei of the International Islamic University Malaysia said while PH would have little difficulty defending Penang and Selangor, the same could not be said for Negri Sembilan.

He said PH might lose some seats in Selangor, particularly in rural Malay areas, but the coalition will still retain the state comfortably.

In Negri Sembilan, he said it would be a battle of the Malays in PKR, Umno and Bersatu.

Vincent Thock Kiah Wah, a political scientist, pointed out PAS could be in the fray having gained some of the ground it claimed in November.

“Umno’s nationalism in the early gave the party its political clout, but now Malays are divided.

“Umno has lost that clout due to a loss of confidence in its leaders, many of whom are mired in corruption allegations.”

Thock said in the final analysis, PH would definitely face a stiff challenge in the elections in the six states next year.

“PAS is gaining strength in the north and on the east coast.

“While Penang would not be a problem for PH to retain, there would be some fight in Selangor and Negri Sembilan” where Thock said PH and PN are evenly matched.  TMI