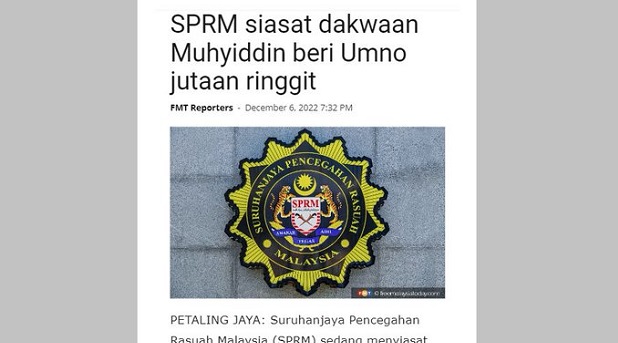 Sources said the commission has opened investigation papers into the claim and will summon both Muhyiddin and Annuar for questioning.

In a video posted on TikTok on Nov 21, Annuar had claimed that Muhyiddin had met with him while in Sabah and given Umno “millions”.

“I flew to Sabah and met with Tan Sri Muhyiddin. I went into his bedroom and told him that Umno didn’t have enough money and were short of funds,” the former Ketereh member of parliament had claimed in the video.

Annuar claimed Muhyiddin then gave the money to help Umno in the Sabah state elections.

He said, therefore, allegations that Muhyiddin wanted to “kill off Umno” were false.