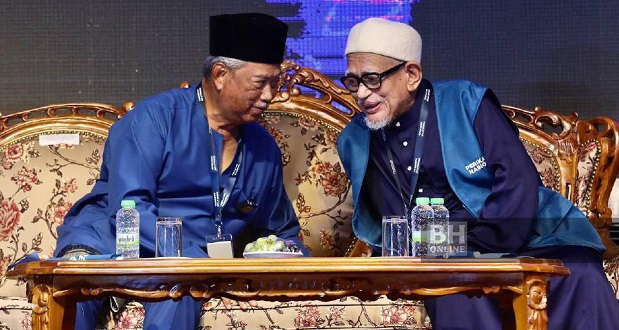 Nothing wrong with direct tenders in emergencies – Tuan Ibrahim

In an immediate response to Prime Minister Anwar Ibrahim, who earlier today announced the halting of the projects, Tuan Ibrahim said the premier should know that the direct tender process was aimed at speeding up works in times of emergency.

“As the prime minister, he should not assume that all projects that are awarded through direct tender process as being improper and involve conflict of interests.

“He must understand that there are many emergency works that need to be carried out immediately in order to prevent a worse situation and inflict more losses.

“Thus, some projects had to be given through direct negotiation or direct offer, especially in cases of disasters such as floods, broken reservoirs (or burst dams), landslides, and so on.

“But, I would like to stress here that these projects still have to go through all the necessary financial procedures as required (by the government),” Tuan Ibrahim said in a statement.

Anwar in a press conference this morning said that he has halted RM7 billion in flood mitigation projects, which he said were approved via direct tender.

Tuan Ibrahim said he believed that Anwar, who is also the finance minister, knew that direct tenders were given for flood mitigation projects that needed to be carried out immediately, and such practices were not wrong.

“Besides the Environment and Water Ministry, all the processes involving financial procedures must go under strict scrutiny and must be done according to all the procedures and guidelines set by the Finance Ministry,” he added. MALAY MAIL

“From what I have been informed, there have been several serious (procedural breaches) involving a huge amount and a few projects, whereby the mark-ups were too high and handed over to specific parties,” he told the press after chairing the first Cabinet meeting at Perdana Putra here on Monday (Dec 5).

“This has resulted in those parties spending extravagantly.”

The Prime Minister also said there had been no discussion yet on whether or not a Royal Commission of Inquiry (RCI) was required to investigate the matter.

He added that he would leave it to the discretion of the Cabinet to decide on the next course of action.

“It was not mentioned in the Cabinet meeting, and as such I will leave it to them and the necessary departments to assess the issue,” he said.

He had been asked about the need for an RCI to investigate the allegations.

Muhyiddin, who is also Perikatan Nasional chairman, had said that he never embezzled or misused funds meant to help the people and that if he did, investigations would have started a long time ago.  ANN

He has also halted RM7 billion in flood mitigation projects, which he said were approved via direct tender.

PAS secretary-general Takiyuddin Hassan has threatened to sue if Anwar does not furnish proof of the gambling fund claims.

Asked about Takiyuddin’s demands, Anwar gave an answer on the RM600 billion allegations instead.

“He (Takiyuddin) didn’t read. RM600 billion is the full allocation.

“(We are) reviewing where there are violations of procedures and leakages.

“My advice to Takiyuddin, don’t get flustered, I am at the Finance Ministry. The files are with me,” he said.

Earlier, Anwar also took potshots at PN chief Muhyiddin Yassin for admitting that the bulk of pandemic aid provided when the latter was prime minister was the people’s own monies, including their Employees Provident Fund savings.

“There are tens of billions in other (allocations) which showed a breach of procedures.

“So I want to remind Muhyiddin, don’t challenge me because it is evident that there are processes and procedures which were not adhered to and there were several companies with vested interests or family-linked that were involved,” he said.

Meanwhile, on the flood mitigation projects, Anwar said the RM7 billion was from the RM15 billion allocated.

He ordered the projects awarded via direct tenders to be halted and reviewed to provide transparency and adherence to procedures.

He said the senior civil servants involved in the project at the time were mostly following orders.

Previously, during the election campaign, PKR deputy president Rafizi Ramli – who is now the economy minister – claimed that RM2 billion in flood mitigation projects were bulldozed without tender.

Tuan Ibrahim denied this and is suing Rafizi.

Meanwhile, Tengku Zafrul Abdul Aziz, who was finance minister in the previous government and is the international trade and industry minister now, had said that approval for the RM2 billion was done by the book. – MKINI