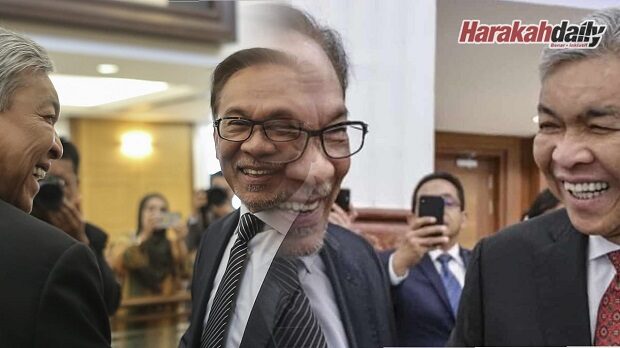 In a televised address tonight, the Pakatan Harapan chairperson said the cabinet would comprise 28 ministers, in 22 ministries, and four portfolios in the Prime Minister’s Department.

He said that the strength of the unity government was reaching nearly two-thirds in the Dewan Rakyat.

Below is the line-up:

Interestingly, when reading out the list of ministers, Anwar left out naming Sivakumar Varatharaju Naidu (Batu Gajah MP) as the human resources minister in his address.

Beyond the cabinet, Hassan Marican has been named as chief adviser to Petronas.

The new cabinet will be sworn in at 3pm tomorrow.