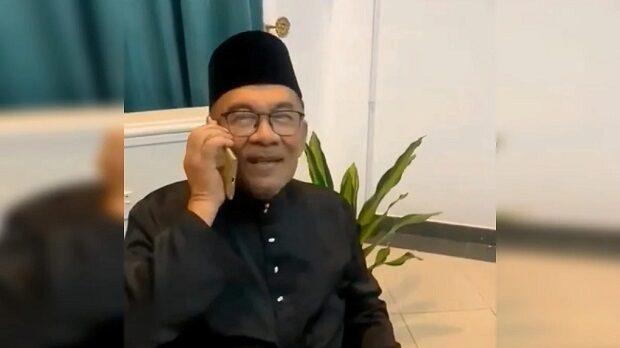 BN candidate C Sivarraajh was allegedly offered the role of a senator in return for withdrawing from the contest for the Padang Serai parliamentary seat in Kedah, according to a source.

“Yes, he was offered the position of a senator to withdraw. It is possible that he will be sworn in as a senator at the first session of Dewan Negara,” the source told Malaysiakini.

The announcement of his withdrawal is expected to be made at a ceramah tonight by Kedah BN chairperson Jamil Khir Baharom.

“The decision to give way to Harapan was made at the state level.

“The announcement will be made tonight at Padang Serai by Jamil Khir,” the source said.

The source added that Sivarraajh reduced his campaigning two days ago. The resources will then be used to campaign for the Harapan candidate.

Earlier today, Malaysiakini cited several other sources saying that Prime Minister Anwar Ibrahim, who is also Harapan chairperson, and his BN counterpart Ahmad Zahid Hamidi have reached an agreement on this issue.

Warisan candidate Mohd Bakhri Hashim had also pulled out from the race. Warisan, like BN, is part of the Anwar-led federal government.

The Padang Serai election was deferred to Dec 7 following the death of the Harapan incumbent, M Karupaiya, on Nov 16.

The 69-year-old former soldier won the seat in 2018 with a majority of 8,813 votes against MCA’s Leong Yong Kong and PAS’ Muhammad Sobri Osman.

Apart from Padang Serai, there will also be an election for the Tioman state seat in Pahang on Dec 7, after PN candidate Md Yunus Ramli, 61, died just hours before the general election.

Harapan has agreed to pull out of this race in favour of BN candidate Mohd Johari Hussain, who will take on PN’s Nor Idayu Hashim and others.

The Padang Serai and Tioman polls will serve as a litmus test for the Harapan-BN alliance and Anwar, who was sworn in as prime minister on Nov 24.