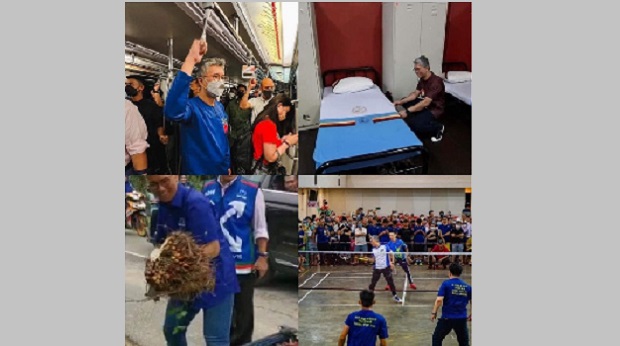 PETALING JAYA: A former MP has cautioned that the reappointment of Tengku Zafrul Aziz as the finance minister would be bad for Prime Minister Anwar Ibrahim and the government he leads.

This comes amid increasing speculation that Tengku Zafrul could be reappointed to the post.

He served as the finance minister in the governments led by former prime ministers Muhyiddin Yassin and Ismail Sabri Yaakob.

“It won’t speak well for Anwar or the Cabinet, not least because Anwar and those closely aligned to him had made clear their thoughts on Tengku Zafrul’s performance while in power,” said the former MP who asked not to be named.

On the campaign trail for the 15th general election (GE15), Anwar was reported to have said that Tengku Zafrul was not even fit to serve as an MP.

According to a Utusan Malaysia report, he had said this citing Tengku Zafrul’s description of the depreciation of the ringgit as normal.

“When I was the finance minister, when the ringgit fell, I would call for an emergency meeting to find out why it happened,” Anwar had been quoted as saying.

“I did that because I did not want the people to suffer as a result of the ringgit’s depreciation.”

The source also questioned why Tengku Zafrul’s name was suddenly in the mix.

“He does not even have Barisan Nasional’s support to be the finance minister. BN wants Johari Ghani.

“There had been so much criticism of Tengku Zafrul during the pandemic and after. Imagine, even Najib Razak once told Ismail to ignore Tengku Zafrul over his stand against allowing the second round of EPF withdrawals,” the source said.

The former MP was referring to the time when Najib, the former prime minister, was pushing for a second round of EPF withdrawals to cushion the impact of the pandemic.

According to a Malaysia Gazette report, Najib had described Tengku Zafrul as “outdated” and said that Ismail, who was the prime minister at the time, should ignore him and instead listen to the plight of the people.

Earlier, it was reported that netizens had taken to social media to voice their concern over the possibility that Tengku Zafrul would be reappointed to the post.

In GE15, Tengku Zafrul stood as a BN candidate in Kuala Selangor and lost to Pakatan Harapan’s Dzulkefly Ahmad, who retained the seat with a majority of 1,002 votes. FMT