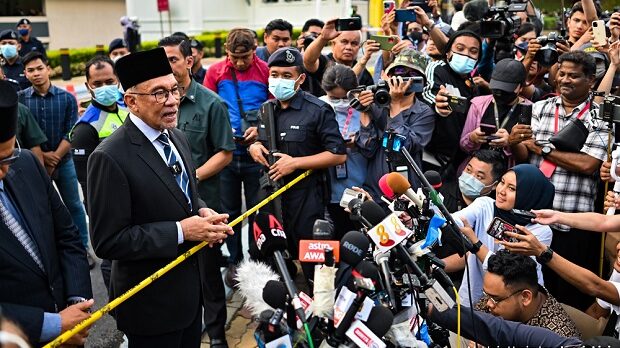 PETALING JAYA: The phrase “Langkah Sheraton” (Sheraton Move) began trending on Twitter with many netizens expressing concerns that there would be a repeat of such a move.

This comes after a Twitter post making the rounds of a meeting between Barisan Nasional (BN) and PAS members that purportedly took place at the Tropicana Golf & Country Resort from 10.30am to noon yesterday.

She feared it may happen again. “Cannot be too comfortable and happy, because even now I know Muhyiddin Yassin is planning behind back doors,” she tweeted.

Another Twitter user @ToastyAyy retweeted the post of the purported meeting, saying: “Langkah Sheraton 2.0? Why can’t these politicians just think about the rakyat and solve problems that concern the people first? All they think about is themselves!”

However, Wee has dismissed speculation that he was involved in a meeting with Ismail, other BN members and PAS leaders. He said he was at the Tropicana Golf & Country Resort for a brunch appointment with two businessmen.

Ismail said he was there to be with friends and said the speculation was intended to tarnish his reputation.

The Sheraton Move refers to a political move that occurred in February 2020 when a group of PKR MPs joined forces with Bersatu, Barisan Nasional and PAS to topple the Pakatan Harapan government after it had been in power for 22 months. FMT

Ismail, an Umno vice-president, said he was only meeting friends from PAS but this had been misconstrued.

“These (rumours) are all malicious slander intended to tarnish my name. I can’t even meet friends,” Malaysiakini quoted him as saying.

In a Twitter post making the rounds, a meeting between BN and PAS members purportedly took place at the Tropicana Golf & Country Resort from 10.30am to noon yesterday.

Ismail said it was unfair that he was labelled a “traitor” by certain quarters for meeting PAS members, yet BN leaders who met their Pakatan Harapan counterparts earlier this week were branded “heroes”.

Earlier today, Wee denied involvement in the meeting at the resort, saying he was disappointed that people were spreading rumours and implying that he was involved in political manoeuvres.

He admitted that he was at the resort during the time of the alleged meeting, but said it was for a brunch appointment with two businessmen.  FMT