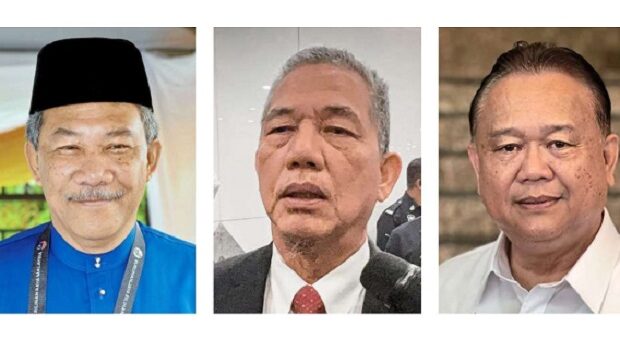 Umno Youth exco member Datuk Muhamad Muqharabbin Mokhtarrudin said the Umno deputy president better known as Tok Mat, was a candidate eligible for the post as he was seen as having the credibility needed and was well received by the people within Umno as well.

“I am confident that the people can accept Tok Mat and that he can help Prime Minister Datuk Seri Anwar Ibrahim in leading a unity government and dealing with the recession that is expected to occur next year.
“The political challenges are now different and the political dynamics in the 15th General Election (GE15) were extraordinary.

“This good and solid partnership can help maintain the country’s political stability for the next few years,” a news portal reported him as saying in a statement on Saturday (Nov 26).

It was reported that Anwar said the position of deputy prime minister was expected to be given to the other strongest party in the unity government.

Anwar explained that it was a common practice in every government.

Meanwhile, Muhamad Muqharabbin hoped that Anwar could raise young leaders in steering the country so that no one was left behind.

“I only hope that this unity government can bring changes to the country towards sustainable progress and restore investors’ confidence in Malaysia.

“I hope that through the leadership of the government this time, Anwar can create harmony among all races in the various parties.

“Racist statements should not be made to prevent hurting others’ sentiments,” he said.

Guessing game over DPM posts – Those elected must have decision-making powers, say leaders

SEREMBAN: With the appointment of the country’s Prime Minister done and dusted, the focus now is on who will be Datuk Seri Anwar Ibrahim’s deputies.

In his manifesto, Anwar had promised two deputy prime ministers, one each from the peninsula and the Borneo states.

In the peninsula, Umno deputy president Datuk Seri Mohamad Hasan is seen as the frontrunner while the names of Petra Jaya MP Datuk Seri Fadillah Yusof and Kapit MP Datuk Seri Alexander Nanta Linggi, both from Gabungan Parti Sarawak (GPS), are being bandied about in Sarawak.

However, it is learnt that whoever gets the job will not be satisfied with just the deputy premiership, which will largely be a ceremonial role and is not even provided for in the Constitution.

Instead, they also want a ministership to go along with it.

“There is no point in giving us the DPM posts as they are completely useless. They must have ministerial portfolios and be able to take part in Cabinet decisions,” said an Umno leader.

A GPS leader also said that whoever becomes the first deputy prime minister from Borneo must have decision-making powers, with a strong portfolio.

“It must not be just for show,” he said.

Mohamad, who won the Rembau parliamentary seat with a convincing majority last week, is likely to be Barisan Nasional’s choice as party president Datuk Seri Dr Ahmad Zahid Hamidi is still embroiled in his court case.

The 66-year-old who is fondly known as Tok Mat, is also favoured due to his experience in the corporate sector, having worked in government-linked companies, banks as well as the corporate world here and abroad.

Negri Sembilan state assembly Speaker Datuk Zulkefly Mohd Omar said Mohamad had a wealth of experience and a sound knowledge of the economy.

“Tok Mat certainly fits the bill. We will certainly need someone who can assist the Prime Minister to help revitalise our economy,” he said.

“He ticks all the boxes as someone qualified for the job,” he said.

Mohamad also served as Negri Sembilan mentri besar for three terms and was behind the ambitious Malaysian Vision Valley (MVV) plan, which is envisioned to be a world class metropolis.

The MVV, now known as MVV2.0, is a new growth area spanning across 153,411ha covering Seremban and Port Dickson aimed at complementing the development of Greater Kuala Lumpur and the National Conurbation, located on the west-side of Negri Sembilan.

Although GPS leaders have left the choice of deputy prime minister to Anwar and Sarawak Premier Tan Sri Abang Johari Openg, Fadillah and Nanta have been identified by political analysts as experienced leaders suitable for the job.

“Both are senior MPs with experience in helming important ministries. Either one of them can be picked to be DPM.”

Jeniri also said the post must not be cosmetic but must come with an important ministry to improve Sarawak’s infrastructure and socioeconomic development and resolve matters related to the Malaysia Agreement 1963 (MA63).

“These portfolios should be under the purview of a DPM from Sarawak to look into the problems of Sabah and Sarawak in the context of eroded rights under MA63.

“Still, the DPM cannot be a DPM for Sabah and Sarawak only but for all Malaysia. He has to be fair to the nation irrespective of race, religion or region,” he said.

He said the appointment of a Dayak would show inclusivity in Anwar’s agenda.

Dick also said the coalitions in the unity government should not make demands for ministerial posts because that would create instability if the demands were not met.

Meanwhile, PBB vice-president Datuk Seri Abdul Karim Rahman Hamzah said there were many experienced leaders in GPS who could be DPM.

“There’s no need for me to mention names. But if we are given the opportunity to hold the DPM post, I believe the Premier, as GPS chairman, will have a say in who it will be,” he said.

“We leave it to our leaders to decide who is fit,” he said.

“Cabinet members should not be appointed to meet the demands of parties,” said Abdullah.

“The people’s welfare should be prioritised above personal interests.”  ANN