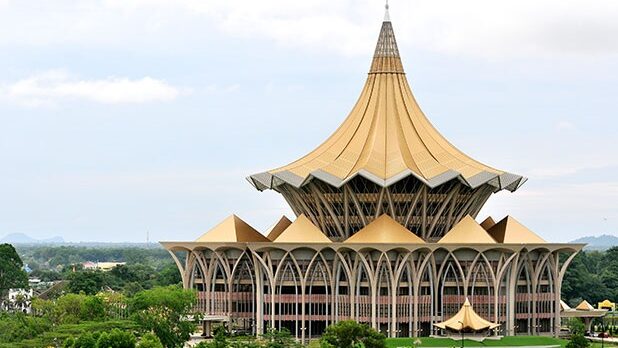 SARAWAK’S position on the use of English, religious freedom and any unfinished Malaysia Agreement 1963 (MA63) businesses will be among the key issues Premier Abang Johari Openg will raise when Anwar Ibrahim makes his first official visit to the state as prime minister, Deputy Minister in the Sarawak Premier’s Office Abdullah Saidol said.
Abdullah – who heads the corporate affairs, information and public communications unit – said the date has yet to be confirmed but it is expected to be soon.

He said these issues are being raised because it is key that whoever is in the top job must understand what it means to the state government.

“Our state constitution is clear. We (Sarawak) do not have an official language nor (do we have) an official religion,” Abdullah said, adding that federal government has to respect the state’s constitution.

In 2015, Sarawak adopted English in addition to Bahasa Melayu as the official language of the state administration. The move did not go down well with Malay right-wing groups in the peninsula.

Sarawak’s use of English is also protected by the Federal Constitution.

Article 161 of the Federal Constitution, which states that Sarawak has the freedom to continue using English and also its native languages together with Bahasa Melayu as an official medium of communication, provided that protection.

Former minister in the Prime Minister’s Department, Wan Junaidi Tuanku Jaafar last year said Sarawak has not passed any legislation to restrict or terminate the use of English as its official language, as stipulated under article 161 of the Federal Constitution.

Abdullah said disrespect of the state’s constitution, its rights, and a failure to fulfil MA63 promises are “something that we will not tolerate”.

The morning after the election, Abang Johari insisted in a meeting with Perikatan Nasional (PN) chairman Muhyiddin Yassin that upholding religious freedom, and the diverse cultural and customary practices of the state’s different ethnic groups was one of the conditions for Gabungan Parti Sarawak’s (GPS) support.

However, on face value GPS leaning towards PN – in which Islamist PAS had just become the largest party with 49 MPs – backfired with non-Muslim Sarawak folk training the guns on their own leaders.

On top of which, Muhyiddin had not endeared himself to Sarawak folk either, when during a campaign rally he called on voters in Muar to reject Pakatan Harapan (PH), claiming the Anwar-led coalition was backed by Jews and Christians pushing their religious agenda in Malaysia.

Universiti Putra Malaysia political analyst Jayum Jawan said non-Muslims in Sarawak are apprehensive towards undue encroachment into their religious beliefs from the peninsula.

“The high-handed ways authorities deal with many issues involving Christian affairs is well-documented,” he told The Malaysian Insight.

“Amid this anti-PAS rhetoric, people forget that it has always put up candidates in Sarawak, even though they do badly and lose their deposits.

“Yet, they always have a candidate. In Sabah, they already have one assemblyman.”

Chin also said within the Sarawak Muslim community “there is always a small (group) who buys the PAS religious arguments”.

He said PAS is, therefore, not a peninsular thing anymore.

Nonetheless, Abdullah made it clear the issues Abang Johari will be raising are not a condition for GPS support to PH.

“We will continue to co-operate with the federal government that is being formed. We do not want a return to the time when we have three prime ministers in one term.

“GPS has made its position clear. We want a stable federal government, stable national politics and a federal cabinet that has capable people who could deal with the current economic crisis the country is facing.

“It is expected to be more turbulent next year.”

Report: Sarawak premier likely to raise use of English, MA63 with PM Anwar

There has been concern in Sarawak over the increasing creep of right wing groups pushing the Malay agenda, including the use of Bahasa Melayu, as the official language at all levels. —

KUALA LUMPUR — The Sarawak government is expected to discuss the use of English as the state official language and the Malaysia Agreement 1963 (MA63) promises with Datuk Seri Anwar Ibrahim when the new prime minister visits.

Assistant Minister in the Sarawak Premier’s Office Datuk Abdullah Saidol told news portal The Malaysian Insight that the meeting is also expected to happen soon, but did not indicate a timeframe.

“Our state constitution is clear. We do not have an official language nor an official religion.

“The federal government has to respect the state’s constitution,” Abdullah was quoted as saying in the news report published today.

There has been concern in Sarawak over the increasing creep of right wing groups pushing the Malay agenda, including the use of Bahasa Melayu (BM), as the official language at all levels.

While Sarawak recognises BM as the national language, the state government has been using English as its main medium since 2015, basing it on Article 161 of the Federal Constitution that guarantees the Borneo states the freedom to choose their preferred languages for official communication.

Former federal minister Datuk Seri Wan Junaidi Tuanku Jaafar was also reported to have said last year that Sarawak has not passed any legislation to restrict or end the use of English as its official language.

Abdullah, who leads the state government’s corporate affairs, information and public communications unit, also noted that these were just some of the matters that were party of Sarawak’s autonomous rights under MA63, and added that failure to keep them would not be tolerated.

“This includes disrespect of the state’s constitution and its rights,” he told the news portal.