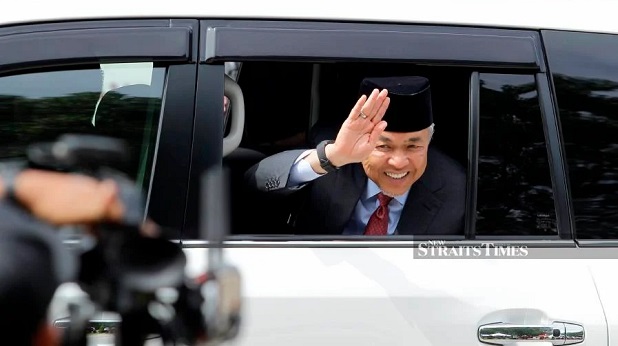 Zahid posted the letter from Istana Negara on his Facebook page, and in the comments section, Facebook user Khalis Ahmad apologised to Zahid for once calling the Umno president a “comedian”.

“I forgive you,” replied Zahid.

“Though we can have differences in opinion, it’s more important that we prioritise the country in anything we do.”

Zahid has faced calls to resign following BN’s dismal performance in the general election in which the former ruling coalition only won 30 seats. PH secured 82 seats while Perikatan Nasional won 73.

Umno vice-president Ismail Sabri Yaakob previously said BN would not back anyone to form the government and would remain in the opposition, stating that this was a decision made by BN’s Supreme Council.

However, Zahid yesterday revealed that the King had decreed that BN must be part of a unity government after meeting coalition leaders at the palace.

Yesterday, Umno secretary-general Ahmad Maslan said the Umno Supreme Council agreed that all newly-elected MPs from the party would accept any unity government, or any other form of government, that would be decreed by the King.

“I’ve learnt a lot from how you’ve managed this crisis,” Zaiem said.

“This (hung Parliament) has never happened before, and it was managed peacefully with minimal negative impact to the party and the country.”

Another Facebook user, Phoebe Liew Jia Pui, hoped to see all Malaysians working together to develop the country regardless of race and religion.

“That has been BN’s struggle from the start,” remarked Zahid.