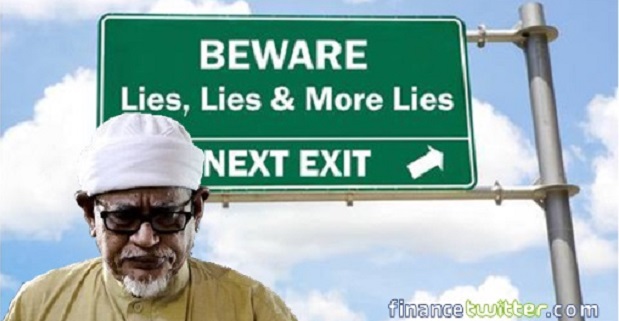 Stay calm, we are still in the lead, Hadi says

PAS president Abdul Hadi Awang today asked supporters to remain calm as the party leadership continues to work out a deal to form the federal government.
He also claimed that Perikatan Nasional was still “in the lead”, suggesting that the pact could still form the government despite the ongoing impasse.

“Stay calm. We are working on it. We are in the lead. They (our rivals) are making plans. Allah is also planning. We are on the right side of history.

Following a meeting that ended way past midnight, Umno rejected joining PN to set up a coalition government, saying it will instead support the king’s proposal for a unity government.

This was after the general election failed to yield a clear winner. Umno won only 26 seats while its allies won four more to make up a paltry total of 30 for Barisan Nasional.

“The Supreme Council unanimously decided to support and uphold the Yang di-Pertuan Agong’s edict for BN to take part in a unity government that isn’t led by PN, to ensure a stable and harmonious government can be formed,” he said in a statement.

Ahmad also said the party will hold its annual meeting on December 21-24.

BN is also holding a meeting this morning to get consensus on the Umno decision.

The king and other Malay rulers will today discuss the formation of the new government in the face of a hung parliament.