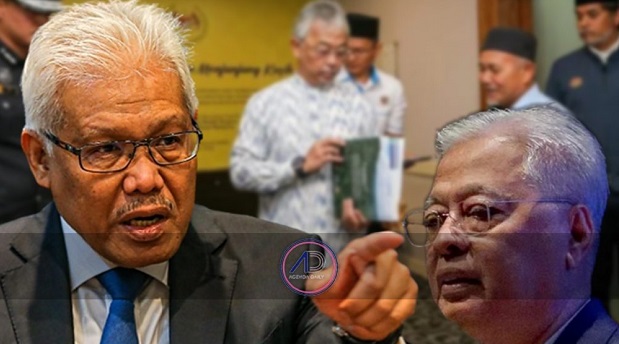 Despite winning nine seats less than PH in the 15th general election (GE15), Perikatan Nasional (PN), with Bersatu in the driver’s seat, is looking once again to usurp for itself the seat of power in Putrajaya, repeating what it did via the much-maligned Sheraton Move in March 2020.

This time, its enablers within BN are calling for Ahmad Zahid Hamidi to step down as Umno president and BN chairman, claiming he no longer has the moral authority to lead after the party and coalition’s annihilation in GE15.

Those calls are premature.

Whether or not Zahid continues to lead Umno beyond his present term of office will no doubt be a key issue at party elections. Under the party’s recently amended constitution, those elections must be held within the next six months.

Despite that, many are calling for Zahid to step down now.

The question is, even if he does offer to resign now, to whom is he expected to hand over the party’s reins? Is there anyone fit to take charge?

Current Umno deputy president Mohamad Hasan will fare no better if he assumes the top post. As BN’s elections director, he is equally responsible for the coalition’s dismal performance.

In fact, prior to GE15, Tok Mat openly declared that he would resign if BN failed to capture Putrajaya. Why is he not being made to honour his pledge?

Clearly, there is nothing to compel Zahid to step aside now.

For now, as BN chairman, he remains the sole person with the mandate to lead the coalition in negotiations to identify the next prime minister.

On the other hand, there is no legal basis for the 30 BN MPs to defy him by taking matters into their own hands.

The recently introduced anti-hopping law is premised on party discipline. That means all BN MPs must adhere to instructions from Zahid when nominating the next prime minister.

In any case, how can the 26 MPs who hail from Umno usurp their party members’ democratic right to determine whether Zahid ought to remain as party president?

Each of them must share a large slice of the blame for BN’s failure at the polls, having failed to draw sufficient support from the Chinese and Indian communities, resulting in both parties being trounced at the ballot box.

For these MPs to turn on Zahid and act contrary to his direction by nominating their own candidate shows their disloyalty, not just to him personally, but to their coalition and its constituent member parties, including Umno itself.

Ignoring all this, several elected BN MPs are again secretly conspiring with PN to subvert the rakyat’s mandate.

The end result will be disastrous for Umno and BN.

Even when they were on equal footing with BN in Ismail Sabri’s Cabinet, Bersatu and PAS managed to stifle BN’s influence on government machinery by imposing restrictive conditions on how the joint administration was to operate.

That influence will only be weakened if BN chooses to participate in a PN-led administration given its smaller presence on the floor of the Dewan Rakyat post-GE15.

In fact, BN may very well end up being given nothing more than token representation in Cabinet and in government.

Such a scenario is bound to further divide and weaken Umno, MCA and MIC, and cause the parties’ support base to shrink even further, which may even lead to their implosion.

By participating in a PN-led government, BN MPs will simply be enabling Bersatu to achieve its goal of wiping Umno off the Malaysian political scene once and for all.  FMT