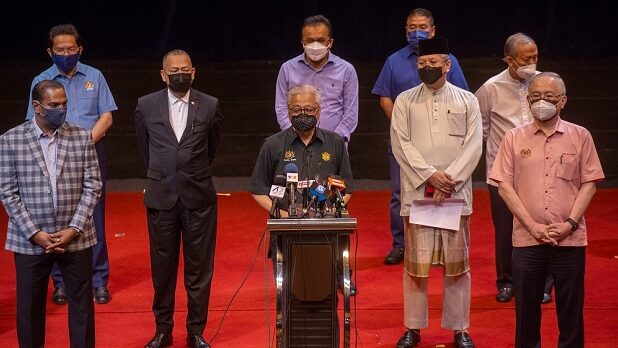 KUALA LUMPUR: Datuk Seri Ismail Sabri Yaakob has arrived at St Regis hotel here for a special meeting believed to be with other Barisan Nasional and Perikatan Nasional leaders.

Ismail Sabri, who is Umno’s vice-president, arrived at 2.57pm, and was seen with his security personnel at the hotel lobby.

When asked what meeting will be held here, he replied briefly, “I do not know yet.”

A group of media personnel had been stationed at the hotel lobby here as early as 9am on Wednesday (Nov 23).

The King will be meeting his fellow Rulers at a special gathering at Istana Negara on Thursday (Nov 24).

It is understood that His Majesty will be seeking the opinions of the Rulers on the impasse in the formation of a federal government.