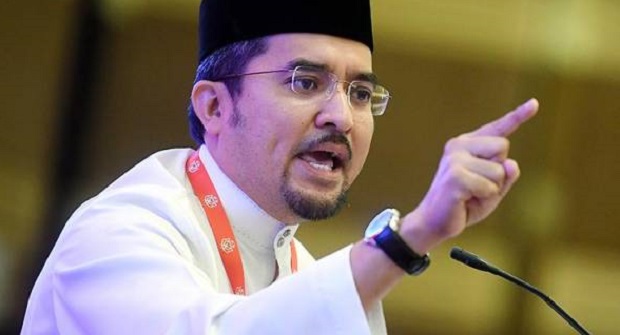 Asyraf said PH has been gentlemanly in negotiations with BN.

“However, PN has not changed and tried to strike secret deals by ‘stealing’ 10 (BN) MPs to sign statutory declarations backing Muhyiddin Yassin as prime minister,” he said in a Facebook post.

As a result, Asyraf said, BN’s meeting with PN had to be postponed a few times, when it was supposed to take place two days ago.

“Only after those 10 declarations were withdrawn on the orders of the BN Supreme Council did they (PN) express willingness to meet today at 3.30pm,” he said.

Asyraf also said the meeting at St Regis hotel earlier today was in line with the BN Supreme Council’s decision to be open to holding talks with both PH and PN on forming the government.

A source had told FMT that BN MPs met with PN leaders at the hotel today to hear the Muhyiddin-led coalition’s pitch for a unity government.

Asyraf also said the BN Supreme Council would evaluate both offers made by PH and PN tonight. However, he said BN would also heed the King’s decree for BN to support the formation of a unity government.

“The question is, why is PN being so ‘arrogant’ by disobeying the King’s decree?” he asked.

He was referring to Muhyiddin saying that he had turned down the King’s request for PN and PH to work together in forming the government. He told a press conference that PN was firm about not working with PH.