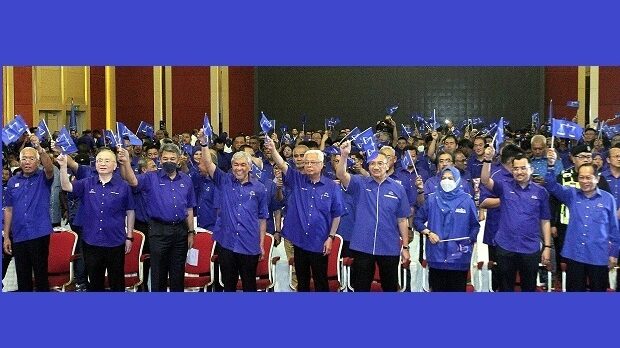 Although BN Comms dismissed the letter, which expressed BN lawmakers’ support for Anwar Ibrahim to be the next prime minister, as fake, MIC president SA Vigneswaran confirmed it was genuine.

The letter has been circulating on social media.

“He (Zahid) admitted sending the letter after 10 BN MPs retracted their support for (Perikatan Nasional chairperson) Muhyiddin (Yassin) and BN made the decision to remain neutral,” Vigneswaran told Malaysiakini this afternoon.

In a statement this afternoon, MCA secretary-general Chong Sin Woon, also indicated the letter was genuine and said the ”claims in the letter were completely out of line with the decision made by the BN supreme council”.

“In both meetings, the supreme council resolved that BN will not support anyone as the prime minister at this moment,” he added.

“At first, Zahid was in denial, but he admitted afterwards when evidence was produced. Zahid had gone against the BN supreme council’s collective decision and did not correctly communicate BN’s resolution to the Yang di-Pertuan Agong.

“MCA believes Zahid is no longer fit to continue leading BN and we call for his resignation from his position as chairperson, to be replaced by (Umno deputy president) Mohamad Hasan as proposed during the BN supreme council meeting last night,” he added.

Although the letter mentioned 30 BN MPs, Malaysiakini learned that only 28 signed an undertaking before the general election giving Zahid the mandate to hold discussions on forming an alliance with other parties.

The two who did not sign were Mohamad and Sembrong MP Hishammuddin Hussein.

According to Harapan sources, together with the 28 MPs, the coalition has 116 seats, which is sufficient to form the government.

Malaysiakini also learned that BN lawmakers are divided on the issue of whether to back Harapan or PN.

Meanwhile, BN sources claimed there was an attempt to remove Zahid as chairperson last night.

However, this was thwarted when Umno MPs, who were waiting outside, entered the meeting room.

Meanwhile, sources told Malaysiakini that the meeting also discussed Harapan’s offer to BN if the latter supported Anwar as the prime minister.

“Among the offers were the post of deputy prime minister and other senior cabinet portfolios, including the Home Ministry, Human Resources Ministry, and Transport Ministry,” they added.

BN leaders are now meeting with Muhyiddin at the St Regis Hotel in Kuala Lumpur before making a decision.

Yesterday, the PN chairperson turned down the Agong’s suggestion for PN and Harapan to form a unity government.

Earlier today, Zahid revealed that His Majesty requested BN to be part of a unity government during an audience with several of the coalition’s representatives at Istana Negara.

BN, which suffered its biggest electoral setback in the past six decades, is now the kingmaker since both Harapan, which has 82 seats, and PN, which has 73, need the support of its lawmakers to reach the required minimum of 112 seats.