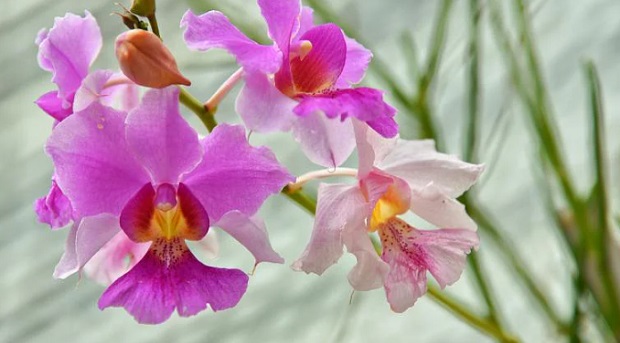 SINGAPORE (The Straits Times/Asia News Network): When it comes to Singapore’s national flower, beauty is not just skin deep.

Scientists who mapped the DNA of the Vanda Miss Joaquim for the first time have discovered a compound in the orchid that can slow skin ageing.

The Singapore scientists also extracted molecules commonly found in fruits and vegetables that have antioxidant properties.

Decoding the genome of flora helps in uncovering natural compounds that can be used to understand, prevent and fight diseases, said the orchid project’s co-lead, Professor Teh Bin Tean, director of the SingHealth Duke-NUS Institute of Biodiversity Medicine (BD-Med).

Prof Teh is also a scientist at the Agency for Science, Technology and Research’s Genome Institute of Singapore, which was also involved in mapping the DNA of the national flower.

Researchers from BD-Med and the Genome Institute of Singapore’s Laboratory of Biodiversity Genomics used advanced gene-sequencing technologies to lay out the entire genome of the Vanda Miss Joaquim to uncover the orchid’s antioxidant properties and colour patterns.

The orchid was revealed to have 19 chromosomes made up of 2.4 billion DNA base pairs with a total of 32,000 genes.

A human genome has 23 pairs of chromosomes and three billion base pairs.

The orchid’s 32,000 genes influence the formation of proteins which determine the flower’s traits, cell processes and the presence of natural compounds.

Those compounds are responsible for the orchid’s pink and purple shades, its scent and substances such as the anti-skin ageing compound.

This substance, called vandaterosides, was previously discovered in an orchid species which is an ancestor of the Vanda Miss Joaquim hybrid.

Singapore’s national flower was created by crossing Papilionanthe teres with another orchid species.

A 2011 study found that when vandaterosides were exposed to skin cells, it led to cell activities that had potential to slow skin ageing.

The Vanda Miss Joaquim was declared Singapore’s national flower in 1981. It is widely used as a breeding stalk for more than 400 orchid hybrids.

Prof Teh said the flower’s genomic make-up can pave the way for future research in gene engineering.

“We are heartened to be able to construct and decipher the genetic blueprint of our national flower, and hope that it will be a significant contribution to our natural heritage,” he added.

The BD-Med institute was set up in 2021 to study local and regional plant biodiversity to identify any potential for novel medicinal and scientific applications.

Genome mapping is ongoing for 50 other plants from Singapore and the region. Singapore is home to more than 4,000 native plant species.

Professor Patrick Tan, executive director of the Genome Institute of Singapore and the project’s other co-lead, said the genomes of plants can be conserved thanks to advanced sequencing technologies.

“We are tremendously honoured to start our journey studying Singapore’s plant biodiversity with our national flower,” he added.