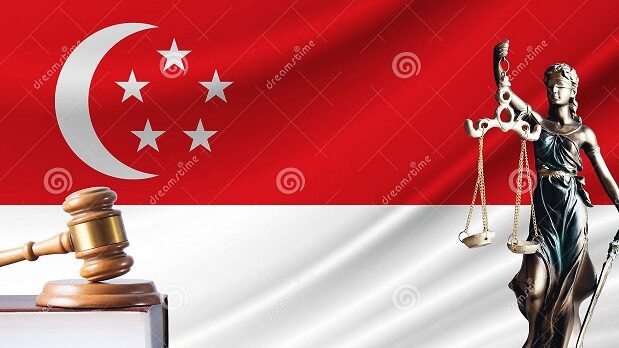 The offences came to light after J’s wife discovered explicit images of herself on his mobile phone, and found out her husband and K had been ‘exchanging wives’.

SINGAPORE: Four men involved in an unprecedented case where husbands with wife-sharing fantasies found each other online and conspired to have their own partners sedated and raped pleaded guilty to their crimes on Oct 31.

Three of them – Husband K, 45; Husband M, 45; and Husband L, 53 – admitted conspiring with other men to have their respective wives and former wife raped while they watched and, in some cases, recorded the assaults for future viewing.

These three men, as well as the fourth, Bachelor N, 37, admitted to conspiring with their accomplice Husband J, 41, to rape the latter’s unconscious wife between 2010 and 2018.

J, who faces the most number of charges among all the men, played a central role in the events that were recounted in the High Court on Monday. He was initially due to plead guilty as well, but is seeking new legal counsel after his lawyers discharged themselves last week.

The men cannot be named owing to a gag order to protect the identities of the women.

The offences came to light after J’s wife discovered explicit images of herself on his mobile phone, and found out her husband and K had been “exchanging wives”.

Aside from conspiring to rape each other’s wives, J and K each secretly live-streamed themselves having sex with their wives to others.

Prosecutors told the court that the men sometimes commended each other, saying “nice show”, for the sexual acts performed.

J got to know K between 2010 and 2011 through the SammyBoy Online Forum. They communicated privately through Skype, discussing wife-sharing fantasies, where the husband would watch another man having sex with his wife.

J and K agreed to sedate their respective wives so that the other man could have sex with his wife while she was unconscious and without her awareness or consent. After some research, they settled on using Dormicum as the sedative.

Another man, P, who was invited by Husband L to rape his wife but ultimately did not succeed, was jailed three years in January.

The last accomplice, O, is contesting the charges against him in a trial scheduled to be held next year.