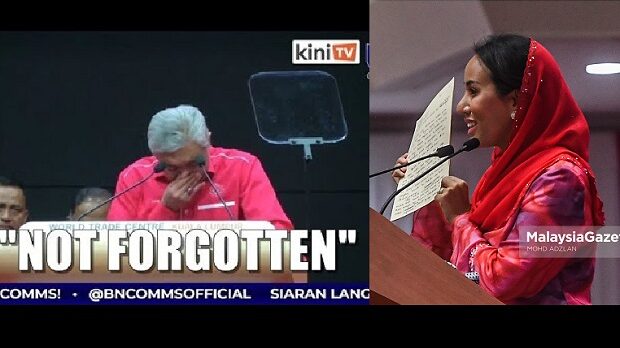 SARAWAK Pakatan Harapan’s (PH) hold on six urban Chinese-majority parliamentary seats is tenuous, according to analysts, and their forecast is that the opposition coalition could lose up to two in the coming general election.

They said three other seats are “too close to call”.

Five of the seats – Bandar Kuching, Stampin, Lanang, Sibu and Sarikei – are held by DAP, while PKR holds the remaining one – Miri.

The early forecast of University of Tasmania’s Asian governance expert James Chin is that Sarikei and Miri “can fall any time” while it could go either way in Stampin, Lanang and Sibu.

The only seat that is absolutely safe for PH is Bandar Kuching.

“DAP will lose a few seats. It cannot retain the number of seats it has currently,” Chin told The Malaysian Insight.

PH could lose Miri as PKR had lost its clout after a culling that saw almost all its state leaders sacked for their part in the Sheraton Move.

Miri MP Dr Michael Teo is known to be uninterested in his role, reflected by his poor attendance in parliament sittings.

Universiti Putra Malaysia’s political analyst Jayum Jawan said Sarawak PH is in that predicament due to a waning support as the Sarawak people express their disgust for DAP’s poor showing in the short-lived PH federal government.

While he did not name names, DAP and state PH chief Chong Chieng Jen is the only representative of the party in the PH government, having served as deputy domestic trade and consumer affairs minister.

The other Sarawak representative in the PH government that lasted 22 months is then PKR Sarawak chief Baru Bian who was the minister of works.

Jayum said Chong was “not strategically placed in the PH government”, alluding to the fact that even though Chong is the leader of the opposition coalition in the state, he was only given a deputy minister’s post to a rather minor portfolio.

He also said DAP is not seen as effective in articulating Chinese voices in the PH government.

“DAP’s support had clearly been on the wane since the failed PH government was strategically defeated in the Sheraton Move.”

However, one lesson DAP had learnt in the thrashing it got in the Sarawak elections last December was that the entry of new state-based opposition parties, particularly Parti Sarawak Bersatu (PSB) and Parti Bumi Kenyalang (PBK), were the cause of them winning several urban Chinese majority seats.

Take the case of the seat of Bukit Assek, an urban seat in Sibu, as an example.

Bukit Assek is one of two state seats that make up the Lanang parliamentary seat. The other is Dudong.

In the 2016 state elections in a three-cornered fight, the seat’s DAP incumbent Irene Chang garnered 11,392 votes to win by a majority of 4,497.

But in the six-cornered fight in the 2021 polls, she could only muster 3,810 votes to lose the seat to Gabungan Parti Sarawak (GPS) – Sarawak United People’s Party’s (SUPP) Chieng Jin Ek – by just 874 votes.

These two had taken a total of 4,388 votes from Chang.

DAP and PSB had started talks for political cooperation in the coming general election to avoid the splitting of votes.

The talks broke down when DAP refused to give up some of the Chinese-majority constituencies.

PSB had since forged an agreement with the independence seeking PBK.

Chin said DAP would be in real trouble if it is in three-way fights.

He said in any three-cornered contests, the GPS component party allocated to contest the Chinese seats, SUPP, will benefit.

But Chin was quick to make it clear that SUPP will only benefit and not necessarily win.

If the voting trend of the December state elections is used as yardstick, then PSB and PBK will be a major headache for DAP.

PSB’s best chance to win a seat in the general election is in Sibu, Chin said, but only in a straight fight with DAP.

PSB president and Bawang Assan assemblyman Wong Soon Koh has already been given a clear run by his election partner for the Sibu seat, which DAP had held since 2010 in a by-election triggered by the death of then Barisan Nasional (BN)-SUPP MP Robert Lau.

PSB and PBK candidates in the three state seats that make up the Sibu parliamentary seat – Bawang Assan, Pelawan and Nangka – picked up 14,836 votes in the state elections while DAP’s trio trailed behind with 5,486.

But Chin warned that does mean GPS could reclaim the seat.

He pointed to the 2016 state elections and 2018 general election results.

In the 2016 state elections, GPS, then as Sarawak BN, swept to a landslide victory, just as it did in last December’s election.

However, in the last general election, SUPP running on a strong Sarawak rights campaign and confident of winning Stampin and Miri, won nothing.

What caused SUPP’s defeat in all six Chinese-majority seats were national issues that the Chinese voters had ignored in the state polls.

Chin, in his research paper “Sabah and Sarawak in the 14th General Election 2018 (GE14): Local Factors and State Nationalism”, said the mood of the Sarawak Chinese people is simply too anti-Najib and anti-Umno for SUPP to win.