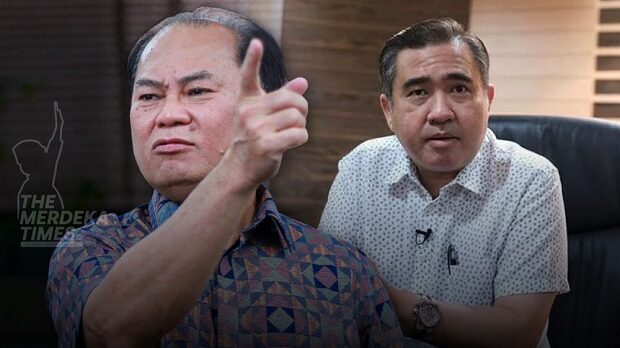 DAP secretary-general Anthony Loke said Ronnie Liu should respect and not publicly question the anti-hopping amendment in the party’s constitution that was approved at the party’s special congress last Sunday (Sept 25).

This was after Liu, who is a DAP central executive committee (CEC) member, claimed the party “may not be democratic anymore” following the amendments.

In a weekly live-streamed talk show on DAP’s Facebook page last night, Loke stressed that the decision to amend its constitution was made by the CEC and approved by party representatives.

Therefore, Liu should not question nor challenge the collective decision made by the party, he said.

At the same time, Loke revealed that Liu was the only CEC member who voted against the motion to amend the party’s constitution, adding that Liu did voice his disagreement during in early stages.

He said Liu has the right to disagree and this has been taken into account during the special congress.

However, Liu should respect and follow the party’s decision and uphold the principle of collective responsibility since the decision has already been made, Loke added.

“CEC practices collective leadership. When the decision is made, every CEC member has to follow and defend it.

“Then CEC brings it to the congress and lets the representatives debate and vote. So, on that day, there were only two (representatives) who voted against the motion, one of them was Liu,” said Loke.

Loke clarified that he did not intend to curtail freedom of speech in the party but stressed the importance of collective responsibility to prevent any sabotage that could affect party operations.

He used the federal cabinet as an example, saying that all ministers are binded by the cabinet’s decision even if any minister disagrees with it.

“If you want to do so (criticise the decision publicly) then you should resign and quit. Then this (quitting) can be considered a principled decision.

“When the CEC makes a decision, CEC members should respect it. And now, it is already passed in the congress, you may keep your disagreement, you cannot question and challenge the decision anymore,” he said.

Loke also pointed out that since Liu does not have a legal background, the Sungai Pelek state assemblyperson was being unreasonable in challenging the decision that was discussed by the legal experts in their party.

“So, he (Liu) as a CEC member who has no legal background claimed that this is unconstitutional.

“But do you want to listen to him or someone with legal background and experience?” Loke asked.

On Sunday, DAP moved to amend its party constitution to insert provisions stripping the membership of any of its MPs or state assemblypersons who do not follow party decisions.

The move was decided in connection with anti-party hopping legislation that was introduced into the Federal Constitution via a bill passed by the Dewan Rakyat on July 28.

The first amendment will see any member of DAP who is an MP, state assemblyperson, or appointed senator cease to be a party member if they fail to comply with directives issued by the party’s CEC.

The second amendment will add a provision that states the CEC may issue specific directives to any of its elected representatives at the Dewan Rakyat, state assemblies, or appointed senators.

However, on the next day, Liu claimed that only the Registrar of Societies could save the party from deteriorating into an undemocratic entity because of the above-mentioned amendments.

He said if the amendments had been in place in the past, he would have already been removed from the party since he had been vocal about various issues, such as the leadership of Dr Mahathir Mohamad when Pakatan Harapan was in power, the handover of the premiership to Anwar Ibrahim, the arrests of 12 people over links to the Liberation Tigers of Tamil Eelam (LTTE), and the Unified Examination Certificate (UEC).

With the amendments, the CEC will have the right to issue any directive targeting any elected representative, he concluded.