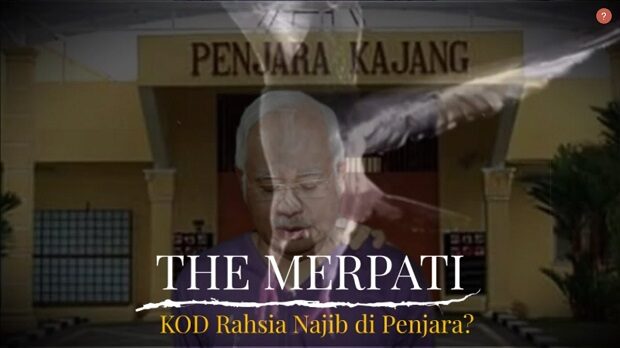 A life sentence, if not death penalty, for the corrupt?

Many of us will probably remember one specific occasion after the 14th general election when a furious Dr Mahathir Mohamad spoke up strongly against corruption.

“Government leaders have been given a warning by me. If they are corrupt, I would like to shoot them like in China but I can’t.”

On another occasion, Mahathir went sarcastic about the rampant corruption, remarking, “In some countries, the corrupt would be executed after they were found guilty but in Malaysia, the corrupt went around beaming with pride and joy.”

On Sept 6, Mahathir took to his blog to demonise the corrupt Umno.

“Umno today has shifted to become a party of corruptors in total – from the top leadership all the way down to the grassroots.

But hello, who was the Umno kingpin for 22 long years and during the period, wasn’t the party just as corrupt?

The enormous wealth of Mahathir’s children is an open secret too, as there have been viral allegations levelled against them for amassing massive wealth.

In a nutshell, most Umno leaders are corrupt, and it is only fair that I add that “most politicians in power are corrupt, not only those in Umno, but some are more greedy than others”.

Mahathir had alleged that corruption is widely practised all the way up to the party’s supreme council and done blatantly with the tacit endorsement of grassroots supporters.

Oh yes, the former Umno president should know what he is talking about!

On the conviction of former prime minister Najib Abdul Razak, Mahathir noted that Umno leaders have rallied behind him (Najib) even as the Federal Court upheld the Court of Appeal and High Court rulings, which found the Pekan MP guilty beyond any reasonable doubt.

To Mahathir, it clearly indicated to him that Umno is rotten to the core.

With many political leaders currently on trial for corruption and money laundering charges, I think we should seriously consider a life sentence, if not the death penalty, for those found guilty

I mentioned this in a recent message titled, “The corrupt in Malaysia should also be executed” to my social media groups.

“If I have any power, I would want to legislate laws that all givers/receivers of bribes of more than RM1 million or political leaders stealing from public coffers of the same amount or more should be executed, preferably in public too. I’m not joking. This is serious.

“We can talk till kingdom come to get rid or minimise corruption but nothing works. So, if nothing else works, perhaps medieval punishment might just do the job.

“Shoot or hang them in the public, or as it is done in some Muslim countries, beheading is held on a public stage.

“This is one more reason why I will never support abolishing the death penalty in Malaysia.”

In fact, I have also discovered that what I’m advocating today is nothing new.

Ten years ago, in 2012, I wrote in this column: “Many of you are keen to see the end of capital punishment. But I would advocate an additional crime for the death penalty.

“Political leaders who are excessively corrupt and have stolen from the state and people, causing misery and suffering to others in the process, should also be sent to the gallows.”

At the time, the debate was on the mandatory death sentence for convicted drug offences. Even then, I wasn’t forgiving.

“I’m sorry, but if you want to make easy money by trafficking drugs and ruining lives and destroying families in the process, you also deserve what’s coming.

“Go get a job, people. Others have to eke out a living too.”

I will say the same to the corrupt who are actually worse and more evil than drug traffickers or drug mules. Political leaders and civil servants who steal from the national coffers are destroying the nation and causing untold misery and suffering to citizens.

Interestingly, former MACC chief commissioner Mohd Shukri Abdull had also voiced support for Mahathir’s suggestion in 2018, that the death penalty is imposed on those found guilty of corruption.

Shukri was quoted as saying by the New Straits Times on Sept 28 that year that “corruption is the root of all other crimes and those who commit it deserve such a punishment”.

He added that other crimes that are caused by corruption include the influx of undocumented migrants, gambling, prostitution as well as the smuggling of illicit goods.

“In China, those found guilty of corruption are shot to death,” the then MACC chief repeated, perhaps as a reminder of the seriousness of graft.

Am I glad I’m not alone in advocating the death penalty or life imprisonment for those found guilty of excessive corrupt practices?

I agree that the justice system must be fair and transparent. Those sentenced to death must be convicted beyond any reasonable doubt.

Here, I wish to declare my support to the government to abolish the mandatory death penalty but allow the judge to decide on a case-by-case basis.

In a way, sentencing 70-year-old Najib to 12 years is like a life sentence or even death penalty. Assuming Najib serves his full sentence, he will be 82 when released.

Then again, how can we be certain that we will be around for another 12 years, given no one knows whether we will wake up tomorrow morning?

Hence, we understand why Rosmah Mansor muttered “might as well kill me” after the Kuala Lumpur High Court imposed 10 years’ jail and an RM970 million fine against her, with an additional 30 years prison time if she fails to pay the fine imposed in the solar corruption case.

It is probably true. When you are found guilty of a crime as serious as the cases involving the former “First Couple”, perhaps life is not worth living anymore.

So, what is the moral of the story? Don’t steal from the people, don’t even think about it!