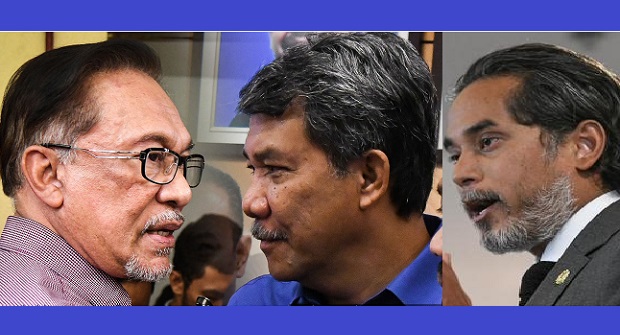 PKR president Anwar Ibrahim said he would contest in a constituency that would give him an added advantage. (Bernama pic)

PETALING JAYA: PKR president Anwar Ibrahim has not ruled out contesting in Gombak in the 15th general election, a seat currently occupied by his former deputy, Azmin Ali.

The Port Dickson MP said he was currently considering a few constituencies but had not made a final decision.

“In all honesty, I haven’t decided, but it will be a constituency that gives me an added advantage, most likely one that is occupied by traitors,” he told reporters at a function here, referring to seats won by MPs under the Pakatan Harapan banner who had since defected.

“Gombak? Not necessary, but I’m not ruling it out.”

On Sept 12, Anwar said the party would go all-out to reclaim constituencies from those who betrayed the voters’ trust in them.

He was referring to the Sheraton Move which saw a faction, led by Azmin, defecting from PKR and resulting in the downfall of the Pakatan Harapan government in 2020.

Azmin is now with Bersatu.

In August, Anwar was reported to be considering a proposal to contest in Tambun, Perak.