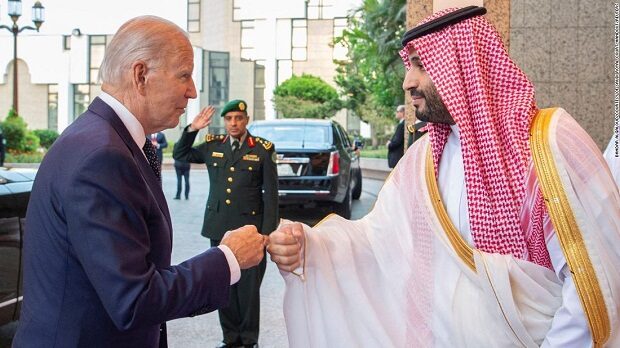 Prince Mohammed is already de facto ruler of the world’s largest oil exporter, and the appointment formalises his role as leader of the kingdom’s government.

By appointing MBS as prime minister, a role previously – and typically – held by the king, the 86-year-old monarch continues a slow but steady transfer of power in the kingdom.

The royal decree on Tuesday did not state the reasons behind the appointment, but the state-run news agency SPA said that the king – who remains head of state – will continue to chair cabinet meetings he attends.

In May, the king was hospitalised for medical examinations and treatments, SPA reported at the time.

The 37-year-old crown prince was already in charge of many of the kingdom’s major portfolios, including the economy, defence, oil, and internal security.

In April 2016, Prince Mohammed introduced Vision 2030, Saudi Arabia’s vision of the future, which is aimed at making the kingdom the heart of the Arab and Islamic world, an investment powerhouse, and a hub that connects three continents.

The initiative seeks to diversify and privatise the economy, and to make it less reliant on oil. By 2030, the initiative also aims to establish an e-government system.

MBS became heir to the throne in 2017, after he previously held the position of defence minister.

His most notable move as defence minister was leading Operation Decisive Storm, a Saudi-led coalition in Yemen against the Houthi rebels, which was launched in March 2015.

The crown prince has also been driving a more aggressive foreign policy to counter the influence of regional rival Iran.

Prince Mohammed has changed Saudi Arabia radically since he rose to power as he led efforts to diversify the economy from dependence on oil, allowed women to drive and curbed the clerics’ power over society.

His reforms, however, have come with a massive crackdown on dissent, with activists, royals, women’s rights activists and businessmen jailed.

In November 2017, four ministers, 11 princes and several high-profile entrepreneurs were detained on orders of MBS in what was presented as an anti-corruption purge. However, the measures targeted many of his direct rivals, thus consolidating the prince’s power over the kingdom.

Earlier this year, he hosted United States President Joe Biden in the kingdom, in an attempt to rebuild bilateral tumultuous relations with Washington over the killing of Saudi columnist Jamal Khashoggi in Istanbul in 2018 by Saudi agents.