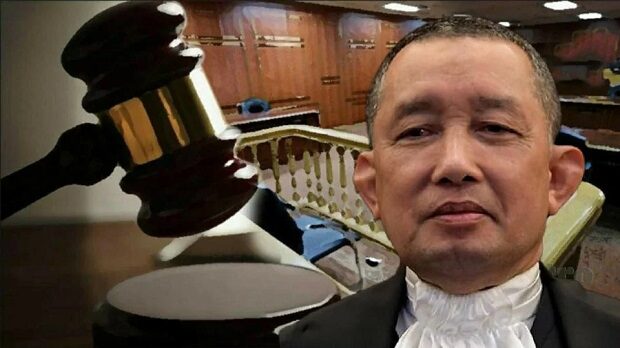 Grounds of judgment for Zahid’s acquittal in VLN case

Vijay47: This military operation was a total, abysmal failure. A well-armed regiment laid out 40 ambushes and yet could not take out even one of its targets.

Worse, the entire exercise was a classic paradox – any venture against the second-most powerful politician in the country would be expected to have been a well-prepared onslaught covered by Plans B to X.

Amazingly, no such backup was even remotely evident. So, what does it mean when the prosecution loses every battle fought apparently by raw recruits?

To show the discrepancy, Shah Alam High Court judge Mohd Yazid Mustafa went into great pains to compare this case with the former premier Najib Abdul Razak and his wife, Rosmah Mansor, trials where the prosecutors left no stone unturned to bury the accused.

In the Umno president Ahmad Zahid Hamidi case, it seems as though the DPPs (deputy public prosecutors) were in waters way too deep for them with even the basic ‘Prosecution Guidebook’ being thrown aside.

Much has been made of the judge not understanding the capacity of envelopes for Singapore currency – “he should have known about the SG$10,000 notes”. Even if he was aware, why should he have taken cognisance of it?

It was incumbent on the prosecution to have demonstrated the possibility. Why should the referee tap into goal the ball going out?

Attorney-general Idrus Harun, this Zahid case is not only a matter about the course of justice and public interest, your personal reputation also hinges on it.

Suffering a score of 0-40 is not a shame you can ever wipe off. Especially coming immediately after the sterling success of Gopal Sri Ram and V Sithambaram.

Yet fate was been kind to you. Judge Mohd Yazid Mustafa has listed an entire volume where your DPPs displayed unbelievable incompetence.

The hope is that you will, at least in a well-fought appeal, achieve some measure of victory. Considering the obnoxious character of the accused, a revised tally of 39-1 would be acceptable. Barely.

Dr Raman Letchumanan: I am glad the AG has decided to file an appeal. Professionally speaking, this is a black mark on the competence of the AG’s Chambers to lose a case on points of law even at the trial court, where facts and merit are overwhelming.

I have already commented on the grounds of judgment, which even to a layperson seemed so obvious and predictable before the grounds were out.

Many are taking out their anger on the judge pointing out to one or two remarks he made, like the size of the envelope used, but most have missed the point if they read the judgment fully in totality.

The judge, I believe was constrained to find a reason to justify legally that money was indeed delivered to the accused. He cited the example of the envelope to indicate the prosecution was careless to even clarify how the cash was packaged and delivered, unlike in Rosmah’s case.

It was all in an envelope even though it was as high as RM3 million. However, the judge said that the witness has zero credibility when he as an afterthought admitted that the money was delivered in luggage only upon cross-examination (page 56).

It is not the job of the judge to turn investigator and figure out how the money can be delivered and in what denomination, unlike many esteemed ‘judges’ here.

The AG cannot introduce new evidence in his appeal to make up for their mistake or oversight in the trial court, unless in exceptional cases where such evidence is new and not obtainable under normal due diligence.

But reading from the detailed judgment, the judge had looked at all over 30 transactions and came to the conclusion that most, not all, were uncorroborated or believable.

The judge has to give the benefit of the doubt to the accused because as the judge said, the evidence has to be read in favour of the accused in a case of proof beyond a reasonable doubt.

What I am trying to say, if legally allowed, the AG should not appeal on every charge.

There were some charges where the accused had admitted to receiving the money. Not only that, he justified it by saying it is a political donation. Furthermore, the accused himself said he was selectively prosecuted because others who received money were not prosecuted.

The judge outrightly rejected these two reasons as legally unsustainable.

I believe the AG may have to decide whether to appeal on all charges or those where it is clearly proven, if the law allows.

Apanama is Back: As a general rule (based on Ladd vs Marshall), fresh evidence could be admitted during the appeal in the Court of Appeal under the following circumstances:

b) if given, the new evidence would probably have an important influence on the result of the case (although it need not be decisive), and

c) the new evidence adduced is capable of belief and is apparently credible.

An appellate court has the discretion to permit such further evidence. An important factor to consider is that “in the interests of justice there is an end to litigation”.

In order to adduce fresh evidence at the appeal hearing, the appellant (in this case AG) must bring a motion to do so.

Having said the above and reading through the 64 pages of the judgment, I would like to suggest to the AG the following in order to overturn the acquittal decision by the High Court judge. The AG should prove the trial judge had erred on the following:

i) The judge had mentioned that political donation was not a defence for the accused (Zahid) and not applicable in the context of the present case (point 56, page 23). This is related to the accused receiving RM200,000. Then what was this money given for?

Not all “remarks” are left blank. Thus, some of the charges out of 40 charges should be argued by AG during the appeal stage to try his best to overturn the acquittal verdict.

iv) The AG should explain how the money was delivered during the appeal.

v) The trial judge mentioned something about the credibility of the prosecution’s key witnesses but how he reached that conclusion is not stated in his judgment. On what basis are they unreliable?

If the AG is able to prove the witnesses are credible, then above point iii) could be proven that the YB is indeed in reference to Zahid. The same goes for others such as “Z”, “ZH” and “Monster”.

The Realist: I think that the judge was not wrong to acquit Zahid of the charges due to lack of credible evidence. That this the difference between the operation of law versus emotions and perceptions and hearsay.

The crime, if committed, must be back up with proper evidence before the judge can accept it. It may seem unfair when the facts are quite obvious in some cases.

It is up to the investigators and prosecutors to gather the evidence for the case. In this case, it is on the AGC to resift through the evidence in the appeal.