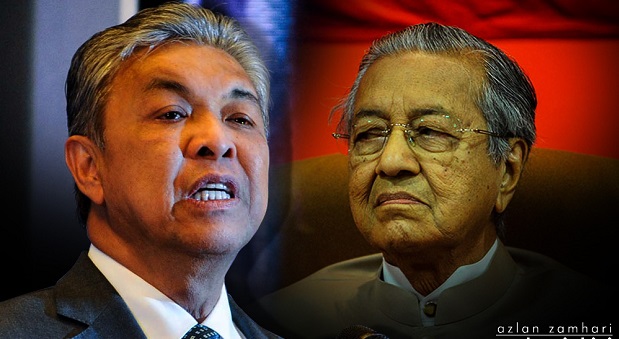 FORMER Prime Minister Dr Mahathir Mohamad is not fit to lead the country again given his failure after the 2018 General Election, said Ahmad Zahid Hamidi.
The Umno president was commenting on the Langkawi lawmakers comment that he is willing to offer himself as a candidate for prime minister for the third time.

The former prime minister said that if the people keep insisting that he should take up the position again, then he had no choice but to accept it for the third time in his political career.

“It is hard to believe Dr Mahathir’s ‘recycled’ excuse that he will only be prime minister for a short period of time after GE15,” Zahid said in a statement on Facebook.

“Even in GE14, he promised to be PM for two years before he passed the torch but look what happened.”

“The country was in a mess leading to Barisan Nasional needing to get involved to steer the country.”

In the last general election, Dr Mahthir led the opposition to a historic win over Barisan Nasional.

It all came crashing down after 22 months after the Sheraton Move which saw Dr Mahathir resign and Pakatan Harapan ousted from Putrajaya.

Muhyiddin was prime minister for 17 months before he was replaced by Ismail Sabri Yaakob.