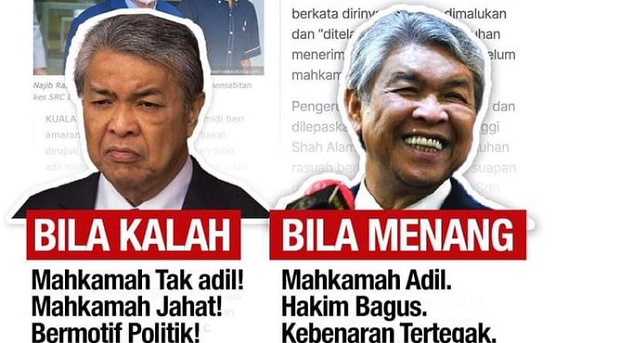 Should AG appeal against Zahid’s acquittal?

Attorney-General Idrus Harun intends to pore over the judgment of the Shah Alam High Court in the acquittal of Umno president Ahmad Zahid Hamidi before he finally decides to lodge an appeal or otherwise.

With due respect, it is a reasonable option.

Generally speaking, the majority of people, in particular the netizens, are all deeply sorrowful about what has happened.

Consequently, they urge the AG – being the public prosecutor – to file an appeal.

After all, in a criminal trial, the AG represents the people. The people are the AG’s actual clients.

By asking the AG to proceed with the appeal, does it mean the people are disrespecting the decision of the trial judge? Far from it.

Any judgment of a trial court – especially in any public interest litigation – should be capable of being subjected to rigorous scrutiny by the appellate forum.

At the end of the day, whenever the prosecution decides to prefer any criminal indictment, let alone 40 charges, against any accused person, it has to duly prepare to fight until the last drop of blood.

The trial judge did agree with some of the prosecution’s rebuttal arguments in rejecting two major defences proffered by Zahid’s lawyers.

The court, for instance, flatly rejected the defence’s arguments on political donation.

Nevertheless, the defence contended that it was not wrong nor illegal for Zahid to receive money from the said witnesses as it was a political donation.

Interestingly, in Zahid’s case, the court held that “the defence has however failed to lead evidence to suggest that the political donation of RM200,000 received was in fact spent for political purposes. Therefore, political donation is not a defence for the accused and not applicable ….”.

I would say that the said finding of law by the trial judge was devastating to the defence.

This point would warrant appellate considerations.

The court also dismissed the defence of selective prosecution raised by Zahid.

In canvassing this defence, he contended that the evidence by witnesses revealed that other people also received the money from those witnesses.

Why was only he singled out? A fair defence.

Nevertheless, by advancing such a defence, Zahid has to equally accept that the appellate forum may be interested to trace any element of admission therein.

The line of argument was fair yet risky.

Does it mean he conceded receiving money from the witnesses but only complained about the alleged selective prosecution against him?

The appellate forum may want to hear the defence’s explanation on that point.

In the circumstances, it would be apt for the AG to let the Court of Appeal verify the strength of the decision of the court in the first instance.

MOHAMED HANIPA MAIDIN is the Amanah MP for Sepang and a former deputy minister in the Prime Minister’s Department (Legal Affairs).