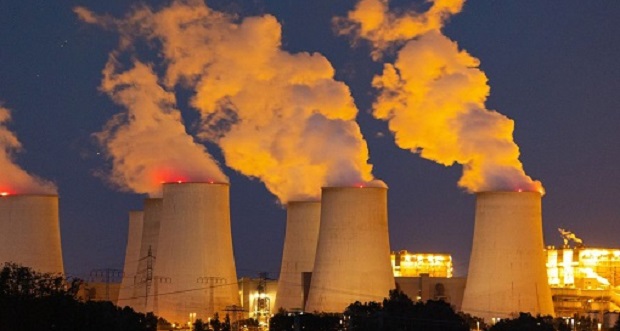 Italy Rebels Against The EU Dictatorship

Alex Jones breaks down how Italy’s latest snap general election represents a massive blow to the globalists in the European Union as the country swings to the right in a sound rejection of the war in Ukraine, including sanctions against Russia resulting in skyrocketing energy prices.
-https://www.infowars.com/

Russia harshly slammed the US for its notorious Monroe Doctrine and the attempt to turn the entire world into its own backyard, after Washington and some Western countries mounted severe attacks against Russia at the United Nations General Assembly (UNGA).

The US has been trying to turn the entire globe into its “backyard,” while using illegitimate unilateral sanctions against those who disagree, Russian Foreign Minister Sergei Lavrov told the General Debate at the 77th session of the UN General Assembly (UNGA) during the weekend, TASS reported.

While the UNGA this year has been largely dominated by the Ukraine crisis, Lavrov used his address, which lasted for about 30 minutes, to launch what some saw as a powerful refute, denouncing the US and slammed the sanctions imposed by the US, noting the US and its allies are aggressively undermining the international system that the UN represents.

The actions of the West, which supplies Kiev with weapons and intelligence data, is “participation in the war,” Lavrov told a press conference after taking part in the UNGA session on Saturday.

The West has been increasingly engaged in the Ukraine crisis, not only in diplomacy but also militarily, and the future relations between Russia and the West will continue going downward with all possible scenarios, some Chinese experts noted. After the referendums in four regions complete, the tensions between Russia and the US, along with NATO, will further escalate, and the Ukraine-Russia conflict could turn into Russia-US conflict, they predicted.

Chinese State Councilor and Foreign Minister Wang Yi said during the UNGA general debate on Saturday that China supports all efforts conducive to a peaceful resolution, calling on all parties to keep the crisis from spilling over.

The West’s open participation in the Russia-Ukraine conflict is a well-known fact, only the West itself is reluctant to admit it, Cui Heng, an assistant researcher at the Center for Russian Studies at East China Normal University, told the Global Times on Sunday.

According to a report from Reuters published on Saturday, NATO has been supporting Ukraine with weapons, ammunition, other military equipment and training for a long time, and NATO will ramp up its help for Kiev in the coming months. Russia Foreign Ministry spokesperson Maria Zakharova issued a statement in April on Telegram stating that NATO instructors have been training Ukrainian soldiers for a long time.

The large part of responsibility lies in the flame-fanning by the US and the West, which made Russia and Ukraine miss the opportunity to minimize the issue and led to the current irreversible situation, Cui noted.

Up to 300 foreigners fighting for Kiev against Moscow have been killed in the Nikolayev Region in southern Ukraine, the Russian Defense Ministry claimed on Saturday, RT reported. A large number of foreign combatants have reportedly lost their lives fighting for Ukraine, and earlier this week, Defense Minister Sergei Shoigu claimed that Russian forces and the militias of the Donbass republics had eliminated more than 2,000 foreign mercenaries, according to the Russian media report.

A five-day referendum on joining Russia kicked off in the Donbass republics and in Kherson and Zaporozhye regions on Friday, and Russia’s top diplomat pledged during the UNGA that those regions would be under Russia’s “full protection,” according to media reports.

This year’s UNGA – the first in-person gathering since the pandemic, has been hijacked by Washington and turned into an anti-Russia stage, some experts said, and most European countries missed the opportunity of engaging with Moscow as Hungarian Foreign Minister was the only EU foreign minister to hold talks with Lavrov.

This week’s UNGA offered the best opportunity to start peace talks regarding Ukraine and Russia, but no such talks have taken place so far and are unlikely to take place between the parties, Hungarian Foreign Minister Péter Szijjártó said in New York on Thursday night, according to Hungary Today.

The only solution to all these problems is peace, and Hungary wants peace as soon as possible, which requires negotiations and dialogue, Szijjártó said, adding that no other EU foreign minister had met the head of Russian diplomacy.

Lavrov told the media that two countries from the EU and one country from NATO wanted to hold meetings with him on the sidelines of the UNGA, TASS reported. “They asked that these meetings be non-public, that they not be reported. I said: well, as you wish. Having received such a reaction, they fell off the radar,” he said.

“Lavrov only targeted the US during his speech, and he denounced its Monroe Doctrine as Washington has been seeking to expand its sphere of the influence into the Eurasian continent,” Wang Yiwei, director of the Institute of International Affairs at the Renmin University of China, told the Global Times on Sunday.

However, Europe has different targets from that of the US on the Ukraine crisis, the Chinese expert said. “In the US, some strategists indeed want to split Russia to eliminate such great risk in their eyes, but Europe only wants to transform it,” Wang said.

The high degree of interconnectivity of the European and Russian economies, particularly Europe’s dependence on Russian energy, has also made the continent feel the pain amid rounds of sanctions.

The European Commission on Saturday organized meetings with top diplomats to listen to the proposals of EU member states before drafting the next package of measures against Moscow, which is expected to be presented next week, Politico reported. And the nuclear energy production – a key sector – is “unlikely” to be part of the next package, the media report said.

With no signs for tensions to ease, some Chinese experts believe that the parties related in the Ukraine crisis have to be prepared for the worst-case scenarios and the target of the US appears to be clear – to defeat Russia.

“The target of Russia is also pretty clear. With the nuclear weapon, who will be willing to make compromise?” the Beijing-based expert asked, predicting that the overall conflict will become severe. A deep reflection is needed concerning the overall security of the Europe, he said.  – GLOBAL TIMES